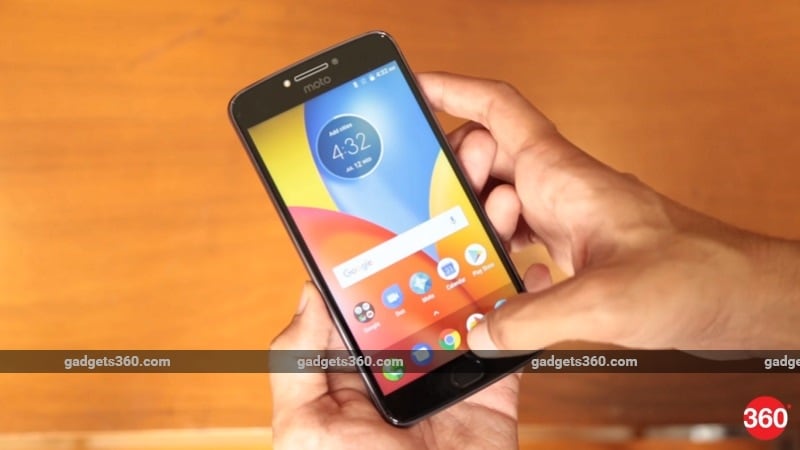 The Moto E4 Plus, which was launched in India on Wednesday, looks like another winner from the Lenovo brand. In its first 24 hours on Flipkart, the smartphone crossed 1 lakh units in sales. Notably, the e-commerce site claims it sold 580 units per minute for the first 60 minutes after the smartphone went live on Wednesday midnight. Around 1.5 lakh customers visited the Moto E4 Plus product page within the first hour of going live.

One of the biggest highlights of the Moto E4 Plus is its large 5000mAh battery, which Flipkart has tried to market quietly uniquely during the lead up to the launch. The e-commerce site deployed Mobile-Mobile Charger vans fitted with multiple charging points around Bangalore. The campaign meant to show users who face low battery issues that the Moto E4 Plus is the solution. Flipkart says that the campaign managed to reach out to 44 million people on social media channels with impressions of over 71 million.

Flipkart also says that the demand for the Moto E4 Plus is the widest in terms of cities covered, which also includes Uttar Pradesh after being recently serviceable for high value products greater than Rs. 10,000 post the launch of GST. Both Uttar Pradesh and Bihar combined take 12 percent of the total sales of the Moto E4 Plus so far.

Priced at Rs. 9,999, the Moto E4 Plus runs on Android 7.1.1 Nougat, which is another highlight at this price point. It sports a 5.5-inch HD (720x1280 pixels) display and is powered by a 1.3GHz quad-core MediaTek MTK6737M SoC paired with 3GB of RAM. It is offered with 32GB of inbuilt storage, which is expandable via a dedicated microSD card slot (up to 128GB). The budget handset sports a metal body for a premium look and feel and sports Moto's traditional circular camera module on the back .

The back of the Moto E4 Plus features a 13-megapixel camera with f/2.0 aperture, autofocus, and single-LED flash support. Over on the front, you get a 5-megapixel sensor with f/2.2 aperture, fixed focus, single-LED flash, and a beautification mode for better selfies. In our initial impressions of the smartphone, we were impressed with the images captured using the front camera, while those taken by the rear camera seemed average.