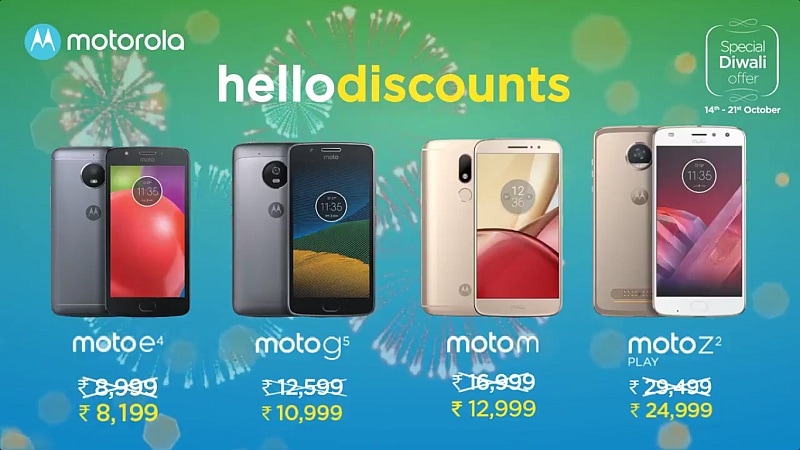 Lenovo brand Moto has announced limited period discounts on four of its smartphones in India, for the occasion of Diwali. The discounts are accompanied by a Reliance Jio bundled data offer, as well as EMI options. Notably, these 'Special Diwali Offer' discounts and deals are only available from offline stores, and will last from October 14 to October 21.

As we mentioned, Lenovo has also unveiled a bundled Reliance Jio data offer - users are eligible to get up to 100GB additional 4G data, though the exact terms of this offer have yet to be detailed. The Moto brand is also offering EMI schemes from two providers - Bajaj Finserv and Home Credit.

Of the four Moto phones with limited period discounts, the Moto E4 and Moto G5 were launched as offline exclusives. In contrast, their better-endowed siblings, the Moto E4 Plus and Moto G5 Plus, were launched as online exclusives. The Moto M and Moto Z2 Play on the other hand are available both offline and offline, but as we mentioned, the discounts and offers will only be officially available via offline stores.