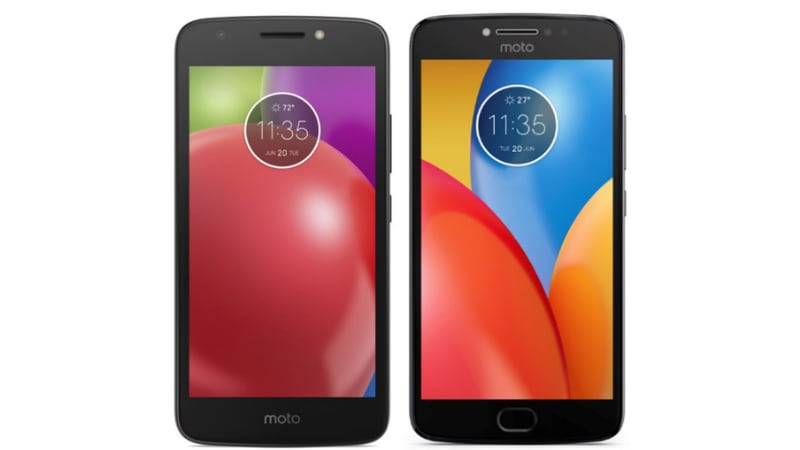 Lenovo's upcoming Moto E4 and Moto E4 Plus have been leaked on several occasions, and fresh leaks bring more specification details alongside the pricing of both the smartphones. The Moto E4 is tipped to be an iterative upgrade to the last year's Moto E3 smartphone, while the Moto E4 Plus sees many other changes like a 5000mAh battery, a slightly different design than the Moto E4, and much more.

According to a Winfuture.de report, the Moto E4 unlocked version is expected to be priced at EUR 150 (roughly Rs. 10,500), while the E4 Plus will come in two variants with the pricing starting at EUR 190 (roughly Rs. 13,300), with the 3GB RAM variant priced even higher. The Moto E4 is tipped to be available in Grey, Gold, and Blue colour variants, while the E4 Plus is tipped to be available only in Grey and Gold.

Starting with the Moto E4, the report claims the smartphone will run on the latest Android 7.1.1 Nougat. It is said to sport a 5-inch HD (720x1280 pixels) LCD display and be powered by a 1.3GHz MediaTek MT6737M quad-core chipset paired with 2GB of RAM. It offers 16GB of storage with the option to expand further via a microSD card slot. As or the camera, the Moto E4 sports a 8-megapixel rear sensor and a 5-megapixel front sensor. It packs a 2800mAh battery, and offers connectivity options like 4G LTE, Bluetooth v4.2, NFC (optional), Wi-Fi 802.11n, and GPS.

The Moto E4 Plus is only slightly larger with a 5.5-inch HD (720x1280 pixels) display. The rear camera amps up to 13-megapixel, and there's also an accompanying 3GB RAM variant as a buying option. The biggest change is the whopping 5000mAh battery packed inside the Moto E4 Plus. All the other specifications are similar to the Moto E4.

A previous leak by tipster Evan Blass indicates that the E4 Plus is not only slightly larger when compared to the E4, but will have sport design changes as well. Notably, it will have a Home Button in the front housing the fingerprint sensor underneath, while the Moto E4 won't have a Home Button in the front at all. The front camera placements on the phones are also slightly different from one another. The Moto E4 Plus is also seen featuring much thinner bezels than the Moto E4.