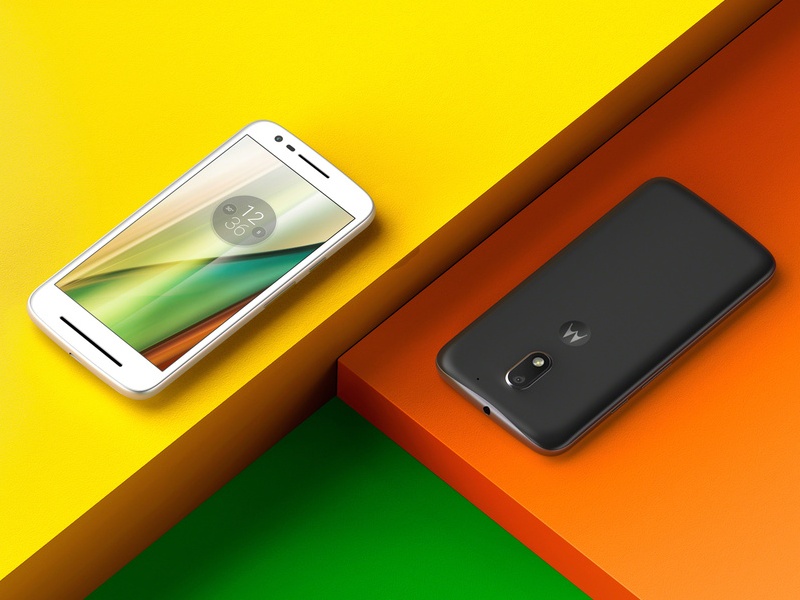 Motorola on Thursday unveiled the third-generation Moto E smartphone in the UK. Called the Moto E3, it will be available from early September in the country at GBP 99 (roughly Rs. 8,800) in Black and White colour variants. At this point, the company has not detailed availability in other regions, or disclosed all the specifications of the smartphone.

The Moto E3 will be available in a dual-SIM variant in some regions, and runs Android 6.0.1 Marshmallow. It features a 5-inch HD (720x1280 pixel) IPS display, and is powered by a quad-core processor, though Motorola has not specified the chipset or the amount of RAM it is paired with. The smartphone features an 8-megapixel rear camera with LED flash, and a 5-megapixel front-facing camera.

The Lenovo-owned company has not specified how much inbuilt storage is provided in the Moto E3, but confirmed it will be expandable via microSD card. The maximum card capacity has not been specified either.

The 4G-enabled smartphone features the standard connectivity options, including Wi-Fi, Bluetooth, and GPS. The Moto E3 is powered by a 2800mAh battery. Not much else is known about the smartphone at this point, but Motorola has confirmed (via The Verge) the smartphone will feature a "built-in smudge-resistant screen protector."

Motorola separately confirmed (via Pocket-Lint) the UK pricing of the Moto G4 Play smartphone that was unveiled back in May - it will cost GBP 129 (roughly Rs. 11,500), and become available in mid-August in the country.