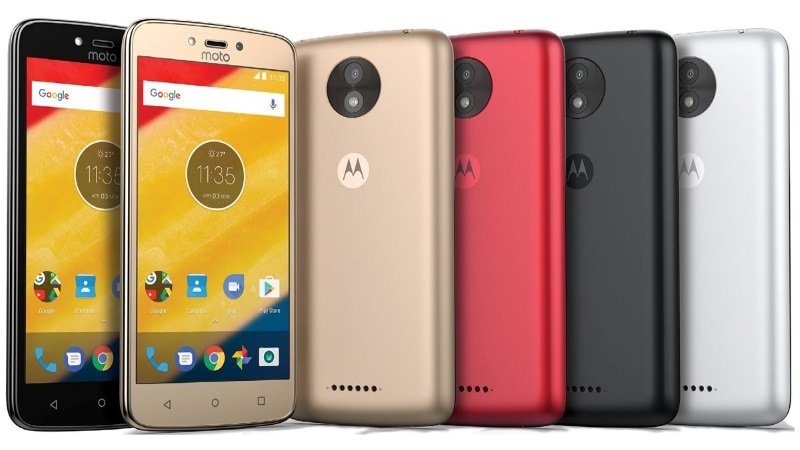 As per a report by Venture Beat's Evan Blass, just like Moto G5 and G5 Plus smartphones, both Moto C and Moto C Plus will run Android 7.0 Nougat. Both devices are expected to sport 5-inch displays. However, the Moto C Plus has been tipped to come with an HD screen resolution at 720x1280 pixels, but Moto C is expected to come with an FWVGA screen resolution at 480x854 pixels.

Interestingly, Lenovo is expected to launch both 3G and 4G variants of the Moto C, with certain changes in configurations, but only a 4G LTE model for the Moto C Plus.

Moving on to the battery, Moto C smartphone has been tipped to come with a 2350mAh battery, the Moto C Plus will come with nearly double the capacity at around 4000mAh.

In terms of optics, Moto C sports a 5-megapixel rear camera with flash (fixed-focus on 3G, auto-focus with 4G) and comes with a 2-megapixel front shooter with flash support. As per the report, the Moto C Plus has the same front-facing camera configuration, but the resolution of the main image sensor on smartphone has been bumped up to 8 megapixels. The two smartphone models are expected to come in Black, White, Gold, and Red colour variants.

Xiaomi Mi 6 Teaser Released Ahead of Launch on April 19