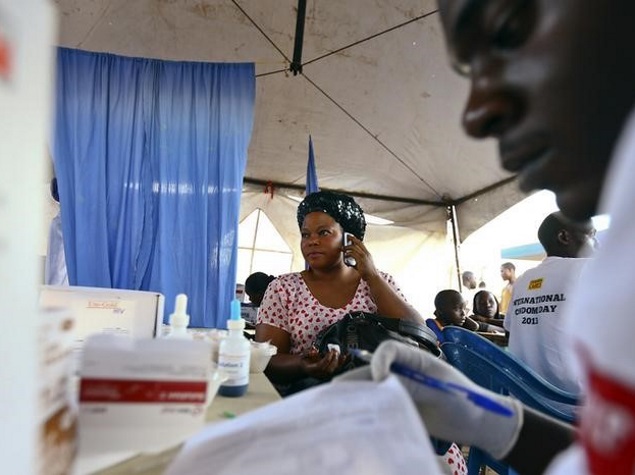 Mobile phones and other technological innovations can be "game changers" in securing children's rights, the United Nations children's agency Unicef  said at the launch of its first crowd-sourced report on Thursday.

Unicef's flagship annual report State of the World's Children showcases cutting-edge innovations for children, from urine-powered generators to mobile phone-generated birth certificates, and invites readers to share their own ideas.

"There are innovative minds and people all over the world that are coming up with solutions that can be game changers in terms of helping children to stay alive and realise their full potential," Jaya Murthy, Unicef's Uganda spokesman, told the Thomson Reuters Foundation.

"We need to be as open-minded as possible to continue to be on the cutting edge of new technological developments so that we can capitalise on them to accelerate the progress for children."

Uganda is emerging as a leader in using information and communication technologies, particularly mobile phones, to share information in real time.

Some 27,000 government health workers use a mobile health system called mTRAC to report on medicine stocks across the country.

"It's had a transformative impact in terms of addressing disease and ensuring that health centres are well stocked," said Murphy. "They (the ministry of health) get that information in real time and they are able to take action immediately."

Uganda has also adopted a mobile phone birth registration system, and the mobile registration of newborns rose to 54 percent of the total from 30 percent in three years, Unicef said. Between 2006 to 2011, it only went up nine percent.

Without a birth certificate children do not legally exist, and they often cannot use vital services like education, or prove their age, for example, to protect them from early marriage.

"You enter all the information online, either through the phone or on a computer, and then immediately you can print out a birth certificate and give it to that baby," said Murphy.

Another Ugandan innovation is U-report, a mobile phone-based tool for polling citizens on social development issues. Some 270,000 Ugandans have registered with the system and sent over 3.5 million SMS, Murphy said.

Poll results are used in the Ugandan media and shared with parliamentarians.

U-Report is now being rolled out in Liberia to gauge how Ebola is affecting young people's lives.

"We are seeing them (innovations) being picked up by other countries because of the potential they offer to really significantly move the needle in terms of improving access to vital services," said Murphy.