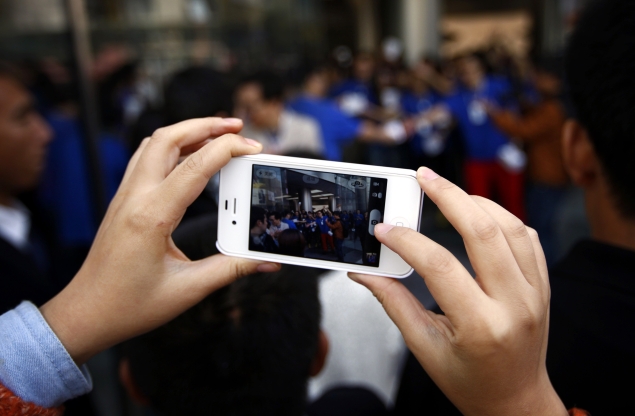 People will always want to watch movies in theatres despite the growing trend of watching videos at home and on mobile devices, the head of giant movie system maker Imax said.

"People are social animals and I don't think they want to be chained to their couches, mobile devices and tablets. They want to go out," Richard Gelfond, chief executive of Canada-based Imax, told the annual President's Conference in Israel on Thursday.

"They recognise the fact that (filmmakers) Steven Spielberg and James Cameron may be better at telling a story than a 16 year old over the Internet. I think they can exist side by side."

"You need to go to a theatre to appreciate them. If you are going to leave home you want a dramatically different experience than in the home."

Imax also designs and manufactures theatre systems and then sells or leases them under revenue-sharing arrangements. It has more than 738 theatres in 53 countries.

The entertainment industry, Gelfond said, was becoming more globalised, with the United States now accounting only for a third of global box office sales.

He said the digital era is lowering the cost of making movies while special effects can be created on a home computer.

"There is an opportunity for almost anyone to make a movie but those movies are likely to be shown on tablets," Gelfond said.

In Israel, there are just two Imax theatres, and Gelfond said he would like to see about 20.