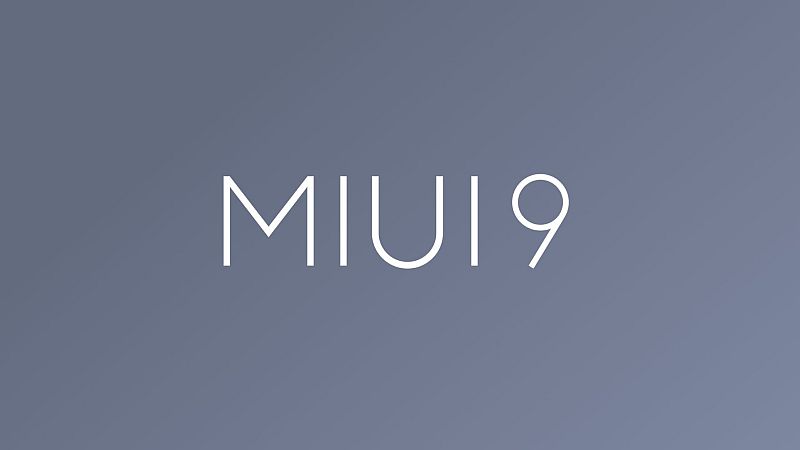 At the same event where it launched the brand new Redmi Y1 and Redmi Y1 Lite in India, Xiaomi has announced the availability of the MIUI 9 Global ROM. The stable MIUI 9 ROM will start rolling out to select devices including the Xiaomi Redmi Note 4, Mi MIX 2, and the Mi Max 2 from early November. The Chinese company promises that the MIUI 9 Global stable ROM will be rolled out to all supported devices by end of this month.

MIUI 9, the latest version of Xiaomi's custom UI interface was unveiled alongside the Mi 5X in August this year. There are tons of improvements and addition to the all-new MIUI version including faster app load times, new design elements, lock screen shortcuts, split screen feature, and more. The Chinese company also claims to have optimised the system to enable faster app loading and boost performance.

While talking about the MIUI 9, Xiaomi's Jai Mani, Lead Product Manager had earlier said that the company optimised touch feedback, CPU acceleration, and also worked on an automatic background activity management. Some of the other minor additions include automatic cache cleaning, new file system management, and Wi-Fi speed boost.

Some of the other highlights of MIUI 9 include Smart Assistant which can be accessed by swiping up from the home screen, a smart app launcher that suggests apps to launch based on the screen. And finally, its image search feature which can distinguish between photos based on the keywords you enter. Mani also revealed that the MIUI 9 will support native playback of more video formats. The company is also giving its Mi Drop a spin which will now be available in the new MIUI 9 Global ROM as an independent app.

Xiaomi also revealed some India-specific MIUI 9 features including a theme dedicated to the region as well as a new sticker set exclusively for India. Talking about the smart IRCTC SMS feature, the company will start showing the new message format specifically for IRCTC bookings in India.

We spoke about the Xiaomi Redmi Y1 and MIUI 9, on on our weekly technology podcast Orbital, which you can subscribe to via Apple Podcasts or RSS or just listen to this episode by hitting the play button below.