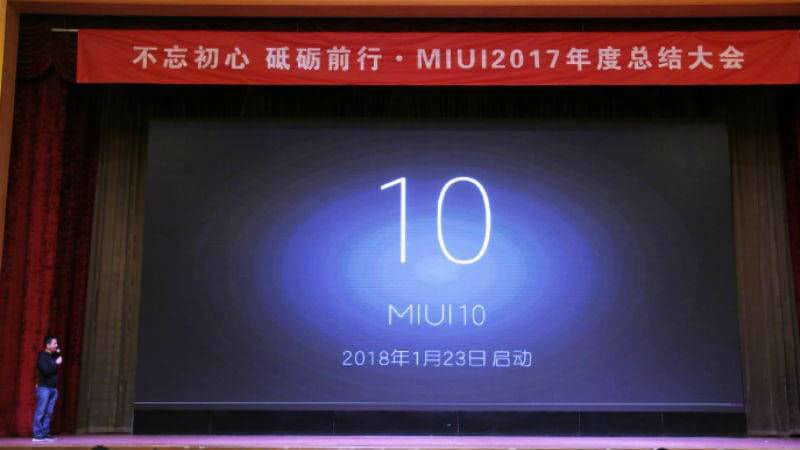 Xiaomi on Wednesday announced the suspension of MIUI 9 Beta ROM updates after April 27. The Chinese smartphone manufacturer had unveiled its custom Android ROM - MIUI 9 - in July last year. In an MIUI Forum, an admin has informed that MIUI will now release the last Development/Alpha ROM 8.4.26 to "achieve better system stability and optimisation." In the coming months, MIUI developers will focus on system optimisation and according to Xiaomi, the updates will be resumed in June. Interestingly, in a similar post, an MI Community admin detailed information about the suspension of MIUI Global Beta ROMs as well.

Based on Android 7.0 Nougat, MIUI 9 had brought several features such split screen, faster app launch times, a more dynamic resource allocation for a fluid experience, and other smart features and improvements. In November 2017, Xiaomi had announced the rollout of MIUI 9 Global ROM in India. There were tons of improvements including new design elements, lock screen shortcuts, split screen feature, and more.

It is worth noting that smartphones based on Android 5.x Lollipop will not be supported for any major update now. Xiaomi stated that smartphones such as Redmi Note 2, Redmi Note 3, Redmi 3, and Mi Pad 2 will not be compatible with the next update and MIUI 8.4.26 will be the last MIUI Beta ROM update on these handsets. Users of such smartphones can either stay on MIUI China Beta ROM or switch to MIUI 9.6 China Stable ROM update, which may arrive in June this year.

To recall, last year in November, Xiaomi had announced that MIUI 9 will be the last update for six smartphones, including Mi 2/2S, Mi 4i, Redmi Note 4G, Redmi 2, Redmi 2 Prime, and the Mi Note. As of now, MIUI 9.5 Global Stable ROM is rolling out in India.