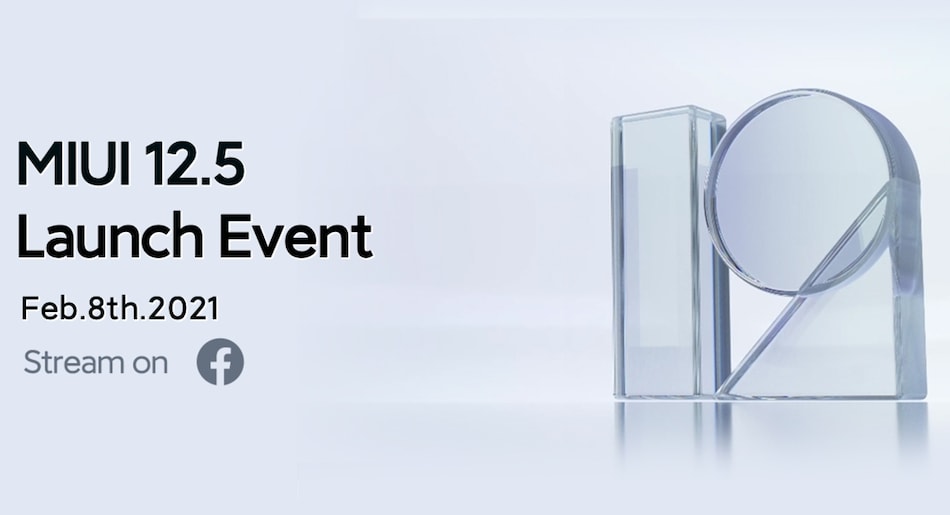 MIUI 12.5 global launch is set for February 8, Xiaomi has announced on the social media. The Chinese company will stream the launch event on Facebook. Apart from MIUI 12.5 global release, Xiaomi is expected to announce the global debut of the Mi 11 flagship at the event. MIUI 12.5 initially arrived for Chinese users in late December. The latest custom interface by Xiaomi comes as an upgrade over MIUI 12. It carries a list of improvements over the existing MIUI version, in addition to features including sandbox support for photos, floating windows, and MIUI+ to provide a sync between a Xiaomi phone and a Windows desktop.

Xiaomi announced the arrival of MIUI 12.5 globally on February 8 through a Facebook post. Although the post doesn't provide any details apart from the MIUI debut, the company is likely to announce the Mi 11 global launch at the virtual event, if we consider some recent references. It should also be noted that the company launched Mi 11 alongside announcing MIUI 12.5 in China last month.

The global release of MIUI 12.5 is not likely to have any major differences over what is there for the Chinese market. This means that the latest MIUI update would bring features such as clipboard protection, floating windows, approximate location sharing, and sandbox support. Xiaomi also bundles updated Notes and Mi Browser apps with MIUI 12.5 that are expected to be available to global users through the new release.

One of the prominent features that come with MIUI 12.5 is MIUI+. This works similar to Microsoft's Your Phone app and allows users to integrate their Xiaomi phone with a Windows PC for seamless access of notifications, text messages, and photos directly on through the computer screen. It also gives the ability to access the phone's clipboard data and some of its installed apps on the connected PC.

MIUI 12.5 in China is also promised to consume up to 32 percent less memory in system operations and offer a 17 percent decrease in power consumption.

Xiaomi has not yet provided any details about the phones that will receive the MIUI 12.5 Global Stable update. Also, since the company ended its MIUI Global Beta ROM testing programme in 2019, the latest update may take some time to reach end users.