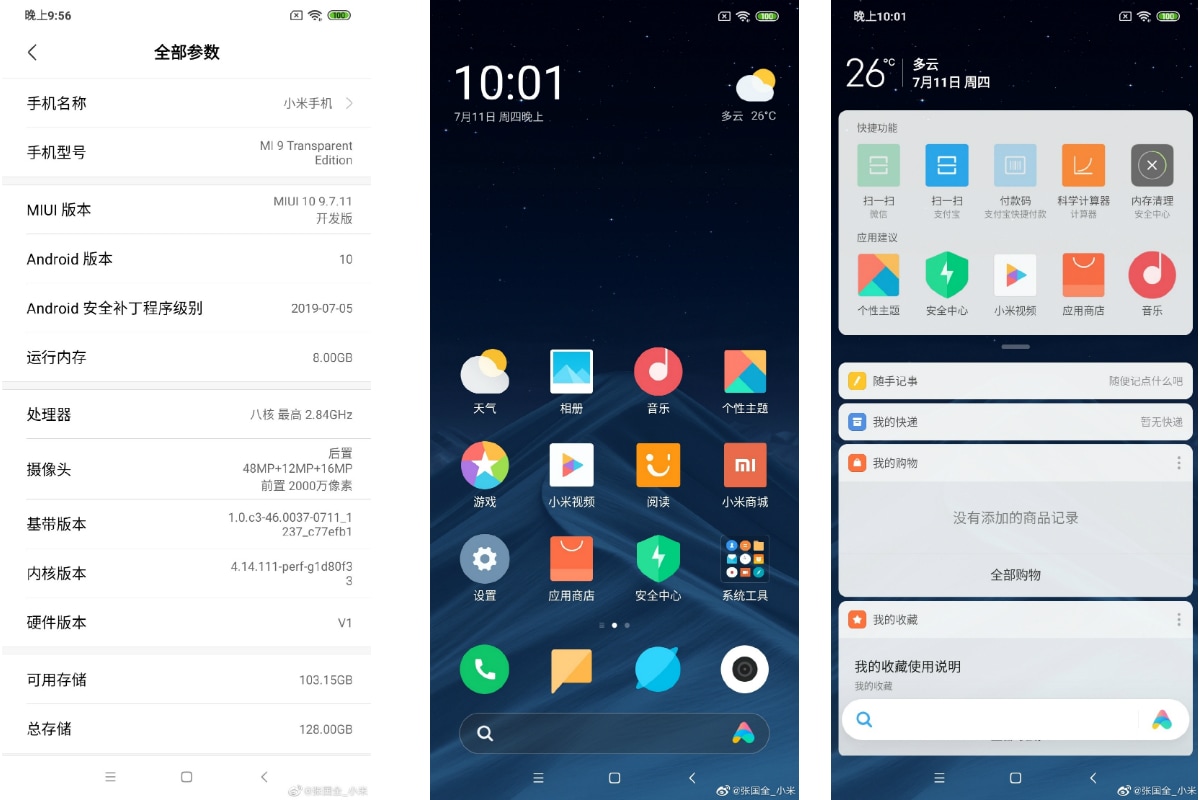 Xiaomi has started testing an MIUI version based on Android Q, an executive has confirmed by posting screenshots of an early build of the software on Weibo. The new development comes weeks after the Beijing-based company announced through its MIUI Community forums that it is set to bring Android Q to smartphones such as the Mi 9, Mi 9 SE, Redmi K20, Redmi K20 Pro, and Mi 8 in the fourth quarter of this year. There are also plans to bring the latest Android version to affordable handsets, such as the Redmi Note 7 Pro and Redmi Note 7 next year.

As per the screenshots shared by the executive on Weibo, Xiaomi is testing MIUI 10.9.7.11 based on Android Q. There is also apparently the July Android security patch -- suggesting Android Q Beta 5. Further, the software seems to be tested on the Mi 9 Transparent Edition.

Interestingly, Xiaomi is developing MIUI 11 as its "new and unique" custom ROM that was earlier believed to debut with Android Q. The latest screenshots, however, suggest that the company could offer the new Android experience through a new MIUI 10 version initially.

The interface appears in the screenshots to be similar to the existing MIUI 10 builds. Nevertheless, we can expect an all-new dark mode and some new gestures to offer an experience in line with vanilla Android Q.

The Mi Mix 3 5G, Mi 9, and Redmi K20 Pro are notably amongst the early devices that are already eligible for Google's Android Beta Q programme. However, Xiaomi is yet to bring its MIUI build based on Android Q.