Microsoft has made it clear that the Windows Phone 8.1-based Lumia 830 Gold and Lumia 930 Gold models will be available in Black and White colour variants only. 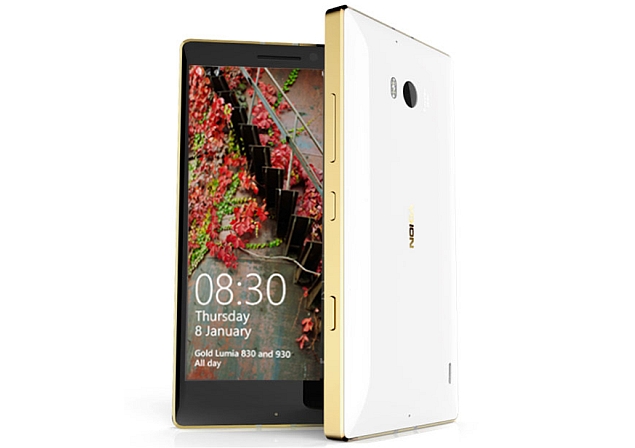 Apart from the frame, everything else in both Lumia 830 Gold and Lumia 930 Gold stays the same, including the specifications. To recall, the Lumia 830 features a 5-inch HD (720x1280 pixels) ClearBlack IPS LCD display with pixel density of 296ppi; 1.2GHz quad-core Snapdragon 400 processor; 1GB of RAM; 10-megapixel PureView camera with LED flash; 1-megapixel front-facing camera; 16GB of inbuilt storage which is expandable up to 128GB (via microSD card), and 2200mAh battery.