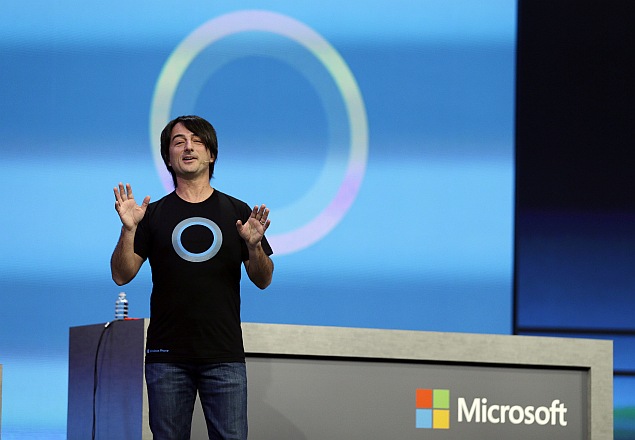 The announcements were made by Joe Belfiore VP Windows Phone program management and design, and Terry Myerson EVP operating systems, along with other Microsoft executives.

Notably, right at the beginning of the event, Belfiore announced two new hardware partners for the Windows Phone platform - Micromax and Prestigio (Cyprus-based manufacturer) - whose handsets were briefly showcased (seen below). The Windows Phone 8.1 Action Center was shown off, the new swipe-down notification and settings pane that can be accessed fromnearly anywhere in the OS - very similar of course, to the original implementation Android had pioneered.

Also demonstrated, was a bevy of lock screen personalisation features, coupled with APIs for developers to create widgets and themes for it - from aesthetic to functional. WP8.1 users will also have the ability to change the background for the Start screen. The update lets users to decide whether they want the additional, third resizable Live Tiles column on their Start screen.

After the numerous leaks, it already feels like we know her already. We're talking about Cortana, the voice-based virtual assistant that Microsoft showcased at the event. Introducing it, Belfiore said, "Cortana is the first truly personal digital assistant who learns about me and the things that matter to me most, and knows about the whole Internet." 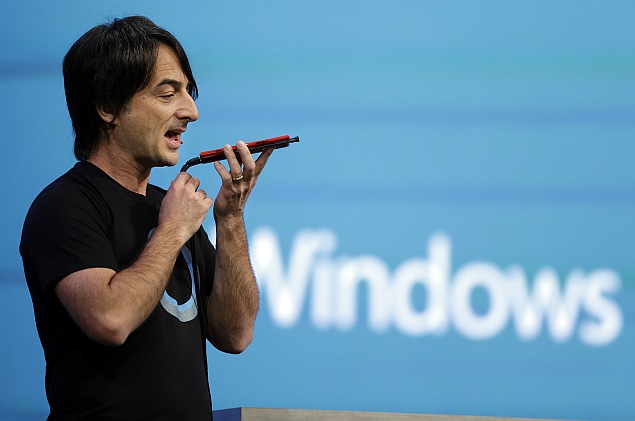 The Cortana voice-based virtual assistant follows in Siri and Google Now's footsteps, and completely replaces search in Windows Phone 8.1. Apart from being summoned by the search function, Cortana also gets her own dedicated Live Tile. It will be released in beta mode.

Said to be powered by Bing, Cortana offers the regular range of voice-activated features - such as making calls and notes, sending messages, setting up alarms and calendar entries, performing searches, and all the regular stuff a voice-based virtual assistant should do. Microsoft stresses the ability of Cortana to understand natural language voice commands, and Belfiore gave a few examples.

Notably however, it features third-party app support that allows it to interact with other apps, voice-activating features that developers can integrate into their creations. Microsoft said it has been working with various Cortana-support partners, and revealed a few names in the course of the demos, such as Facebook and Hulu.

Cortana has also been designed to learn more about the user's interests and preferences by asking questions. It integrates these lessons, and delivers suggestions such as which contact to add to your Inner Circle of friends, which restaurant to stop at depending on your location, or giving reminders about sports and entertainment events. 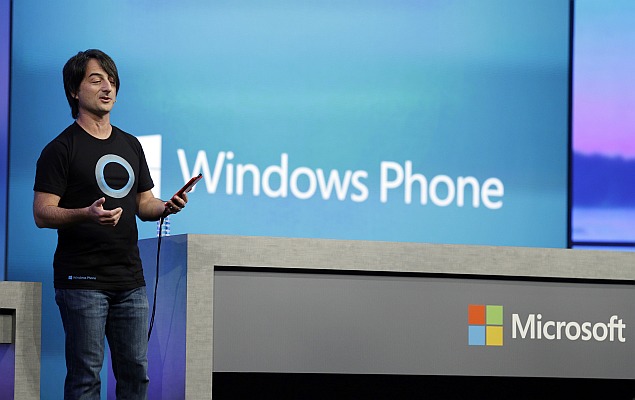 Microsoft also showcased the enterprise features of Windows Phone 8.1, which will make WP8.1 devices more suitable for businesses to manage. While the company did tout the traditional productivity features of Windows Phone, it also introduced new features that make it more suitable, such as enterprise VPN, s/mime encryption, and overall greater control by system administrators.

Belfiore went on to showcase changes to the Windows Phone Store experience, which is said to be enhanced in Windows Phone 8.1. The app store is now laid out better, with the aim of helping users find and discover apps with greater ease, while helping developers showcase them to users. It now has a featured apps section, provides personalized suggestions, and a whole bunch of new categories and search filters for free, paid and new apps.

Windows 8.1 Update
Microsoft unfortunately did not reveal too many details for the update to Windows 8.1, and also gave it no other name than Windows 8.1 Update - essentially ruling out a Windows 8.1 Update 2. The biggest change is the focus on UI-optimisation for mouse and keyboard users. This includes everything from Modern apps now displaying in the task bar (by pinning), to complete mouse control over apps in the Modern UI interface. The Windows Store UI will also be made mouse-optimised. 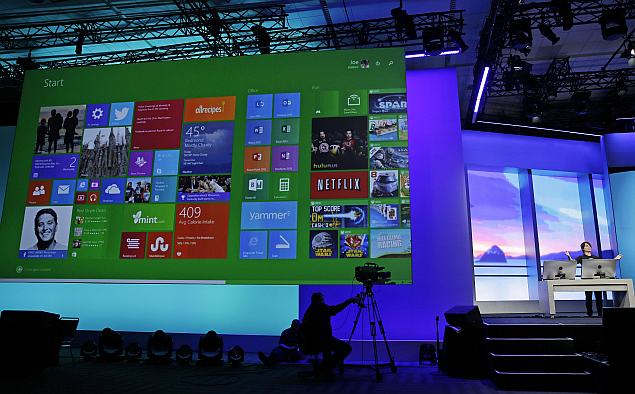 Apart from boot/resume straight to desktop, Belfiore ran through a few other features, such as Internet Explorer's Enterprise Mode, the synced Bing-Cortana interests. The biggest reveal however, came after the developer side of the conference had begun, with the introduction of Universal Windows apps.

Universal Windows apps can be made by developers using a common code for PC, smartphones and tablets, via an updated Visual Studio 2013 suite. With this feature, Microsoft says it is not expecting developers to code one app that tries to work well on all form factors, but rather, one that is easily adaptable to the various Windows platforms, with the job of porting made easier with the common Windows runtime environment and programming languages used in developing them.

Also at the event, was the launch of the Nokia Lumia 930, Lumia 635 and Lumia 630, announced on stage by Stephen Elop.
Comments