SwiftKey Gets Its Biggest Update Since Microsoft Acquisition, Includes New Toolbar With GIFs, Emoji, and More 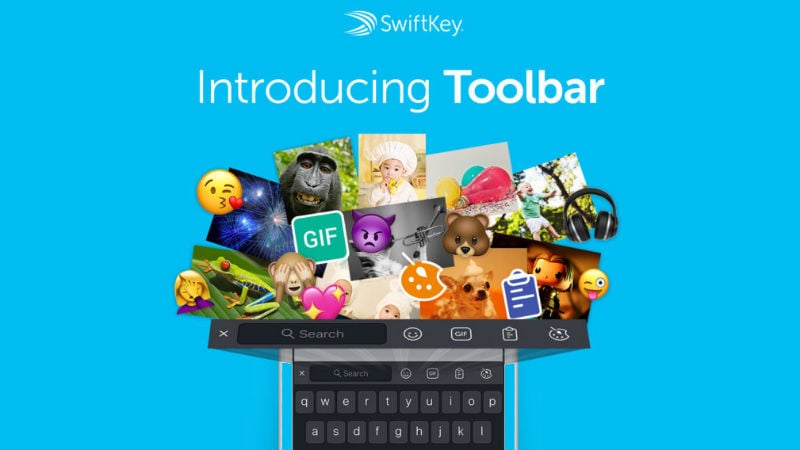 Microsoft has released its first major update to the SwiftKey keyboard app for Android and iOS, adding new features such as a Toolbar. SwiftKey version 7.0 debuts the Toolbar that can be found under a new "+" sign on the left-hand side of the text prediction bar. The expandable menu provides quick access to GIFs, emoji characters and copied text.

The Swiftkey 7.0 is its "biggest update" since Microsoft acquired it in 2016, the SwiftKey team wrote in a blog post. Meanwhile, users can now store emoji, stickers, and GIFs with a new "Collections" feature for even quicker access. For instance, tapping on emoji will provide several characters based on what the user types in the prediction bar.

Meanwhile, users can also search for embeddable GIFs, while clipboard integration allows for insertion of copied text or the copying of custom clips. In addition to the above, SwiftKey gets a new option to place stickers into a variety of apps. Microsoft is working to roll out sticker packs in the near future.

To check out the new toolbar and other new features, the SwiftKey update is available on Android and iOS now.