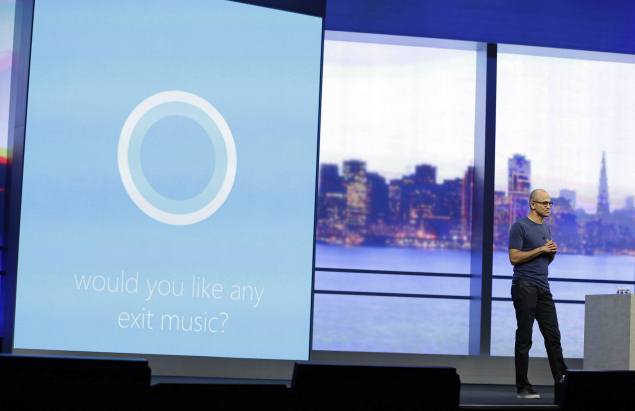 Cortana, Microsoft's answer to Apple Siri and Google Now, was announced at the company's Build conference in April, and is set to arrive on Windows Phone 8.1 devices later this year. It is currently available in the US in beta mode.

While Microsoft's voice-based virtual assistant is not yet available on most devices, the company seems determined to educate masses about Cortana ahead of its official release.

The Nokia Conversations blog (now handled by Microsoft Mobile) to that end features tips and tricks for Cortana, and earlier this month, apart from some explanations, provided a broad list of questions and Cortana's witty answers to them, to give users an idea of the natural language interface of the virtual assistant. In the same post, users will asked to list their funniest questions and answers, and on Thursday, the best of those questions were released along with answers.

The post apparently confirms what Microsoft's Joe Belfiore claimed at the launch about the new voice-based virtual assistant. Apart from understanding natural language commands, Cortana gets better with time as users spend more time with it, by answering questions Cortana puts to them. Cortana takes its lessons from there to fill up details about the user in its Notebook section.

Here are some of the interesting questions and answers from the official blog.

User: Can you dance?

Cortana: 'I'm still practicing my moves. Check back after beta.'

Cortana: 'Keep talking to me, then'

Cortana: 'Ask me some more questions, then!'

User: How far is it to the sun?

Microsoft at Build Conference had revealed that the Cortana would be first available in the US as a 'beta' and later would be released in the UK and China in the second half of 2014, while it might reach other countries by 2015.

For those unaware, the name Cortana was taken from a popular AI character in Microsoft's blockbuster video game franchise, Halo.

The voice-based virtual assistant is powered by Bing and is similar to Apple Siri or Google Now, and will be completely replacing the search feature in WP8.1.

Cortana can be launched by pressing the Live Tile placed on the Start screen or by pressing the Search button on the Windows Phone device. Microsoft at the launch also briefed attendees that Cortana could interact with third party apps, though developers would have to build Cortana-compatibility into their apps.

'Roombots' to Serve You as Table, Chair
Why File-Sharing Startups Like Dropbox Are Being Pushed Towards IPOs, Buyouts