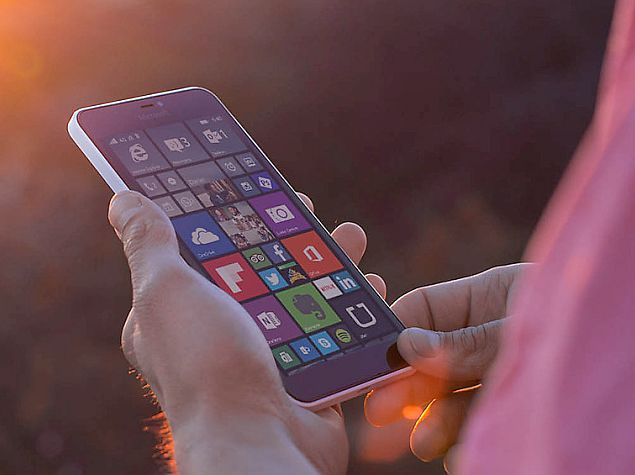 Microsoft has been rumoured to be working on two high-end Lumia handsets the Lumia 950 (codenamed Talkman) and Lumia 950 XL (codenamed Cityman) for few months now. A latest leak claims that both these handset, targeted at premium segment, will be launching in late September or October.

Daniel Rubino of Windows Central reports that Microsoft can launch the Lumia 950 and Lumia 950 XL at an event in New York. Previous reports claimed that both Lumia 950 and Lumia 950 XL smartphones may launch at the company's IFA event in September where it is expected to announce several devices. One of the possible reasons to have a separate event is said to avoid a major event such as IFA where Microsoft's premium-end smartphone launch may be outshined by other product launches.

The report also mentions some of the other rumoured Lumia handsets currently being tested including the Lumia 850 (codenamed Saana) and Lumia 650 (codenamed Saimaa).

Recent set of leaks indicated that the Lumia 950 and Lumia 950 XL may sport biometric authentication in the form of an infrared iris scanner.

The Microsoft Lumia 950 XL is said to come with a 5.7-inch screen size with the same resolution; a 64-bit octa-core Snapdragon 810 SoC, a triple-LED flash for rear camera; a 3300mAh removable battery; a 1-mm silver ring inside the circumference of the black camera pod, and aluminium side buttons.

Another report emerging from Korea contradicts the October launch timeline for the Lumia 950 and Lumia 950 XL smartphones. Citing sources, it adds that Microsoft may showcase the premium smartphones at IFA in early September.

Further, Digitimes suggests that Microsoft is looking for partner vendors to launch Windows 10 Mobile in the entry-level and mid-range segments. The report stresses that the company may focus on marketing premium Lumia handsets while may depend on "China-based vendors and regional vendors" for the launch of affordable Lumia handsets. Some of the countries where Microsoft may launch entry-level to mid-range segment Lumia handsets include China, India, Southeast Asia, Latin America, and other emerging markets.

It notes, "In order to motivate vendors to launch entry-level and mid-range Windows 10 smartphones, Microsoft is expected to provide R&D and marketing subsidies, and to persuade Taiwan-based MediaTek and China-based smartphone IC designers, such as Spreadtrum Communications, to develop common chip solutions."

However, we remind our readers that all such leaks should be taken with a pinch of salt as Microsoft has not mentioned anything about the upcoming device and the legitimacy of the leaks remains questionable.