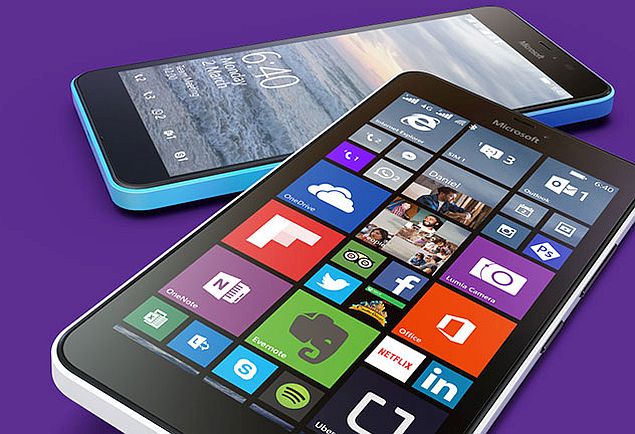 An as yet unannounced Microsoft smartphone, the Lumia 840, has allegedly been spotted online in its single-SIM and dual-SIM variants on an import-export site with some specification details, claims a report.

As per a listing on Zauba, a site that tracks import-export manifests, a smartphone with model name RM-1085, alleged to be the Lumia 840 by the report, is being tested in India and will arrive in both single-SIM and dual-SIM variants. The smartphone is also listed to feature a 5.7-inch display. While the Zauba, spotted by Nokia Power User website, also shows the price (Rs. 38,346) of the unit, readers should note such import/ export prices are only indicative and usually do not include duties or taxes.

The tipped Lumia 840 is expected to run on Microsoft's latest version of Windows Phone 8.1 with the Lumia Denim update, or may just launch running Windows 10 out-of-the-box.

While Microsoft is far from confirming the handset or its specifications, the Lumia 840 is said to be one of the two high-end smartphones that was rumoured earlier this month.

According to the previous rumours, the handset codenamed 'Cityman' is said to feature a 5.7-inch QHD display; a Qualcomm octa-core processor; 3GB of RAM; 32GB of built-in storage with microSD card support; a 20-megapixel rear camera; a 5-megapixel front camera, and a 3300mAh battery.

The second smartphone codenamed 'Talkman' is expected to come with a 5.2-inch QHD display; a hexa-core Qualcomm processor; 3GB of RAM; 32GB inbuilt storage; expandable storage support via microSD card; 20-megapixel rear camera; 5-megapixel front camera, and a 3000mAh battery. The publication also adds that Microsoft will try to keep both the smartphones slimmer than the Lumia 930.