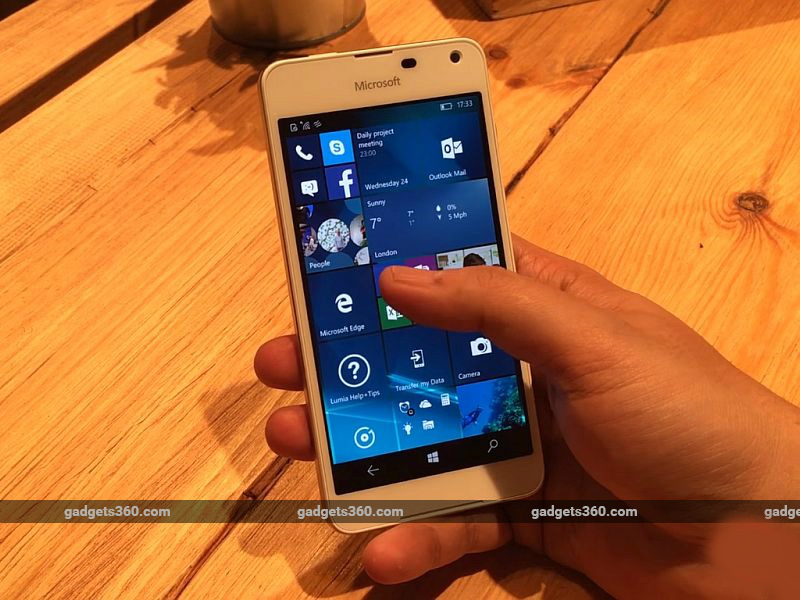 Microsoft has announced official price cuts on three of its smartphones in the new Lumia range. The Microsoft Lumia 950, Lumia 950 XL, and Lumia 650 all have received permanent price cuts in the US.

Microsoft brought the dual-SIM variant of the Lumia 650 to India in April for Rs. 15,299. As for specifications, the Microsoft Lumia 650 Dual SIM runs on Windows 10 Mobile. It features a 5-inch Amoled ClearBlack display with HD (720x1280 pixels) resolution, a quad-core 1.3GHz Qualcomm Snapdragon 212, 1GB of RAM, 16GB of built-in storage, 2000mAh battery, and 4G LTE support. There is no word on whether Microsoft plans to introduce similar price cuts in India, but it is currently being sold for as low as Rs 13,500 on e-commerce sites.

They arrived in India a month later, and were priced at Rs. 43,699 and Rs. 49,399 respectively. There is no official price cut announced for India, but e-commerce sites are currently selling the devices for as low as Rs 30,000 and Rs. 34,999 respectively.