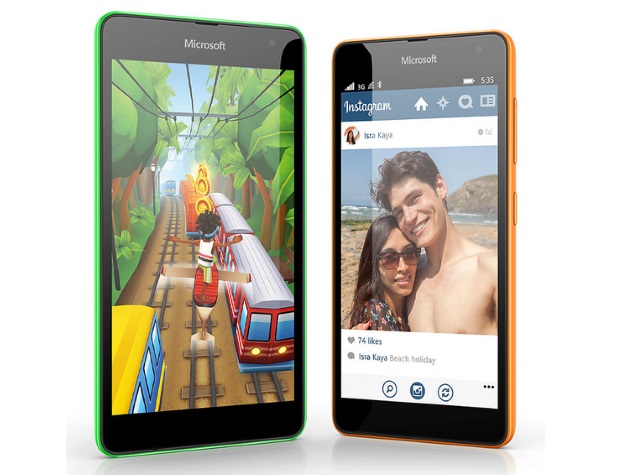 Microsoft, as expected, on Tuesday finally launched the first Lumia smartphone with its own branding, called the Microsoft Lumia 535.

Announcing the news via the Lumia Conversations blog, Microsoft said, "Today sees the launch of the new Microsoft Lumia 535, our "5x5x5" smartphone package bringing a 5-inch screen, 5-megapixel front- and rear-facing camera, and free integrated Microsoft experiences (such as Skype and OneNote) to more people at an affordable price."

Both the Microsoft Lumia 535 and Lumia 535 Dual SIM come with identical specifications; except the latter features dual-SIM support. The smartphone runs Windows Phone 8.1 with Lumia Denim update and features a 5-inch IPS LCD display with a qHD (540x960 pixels) resolution and a pixel density of 220ppi. It also sports Corning Gorilla Glass 3 protection. 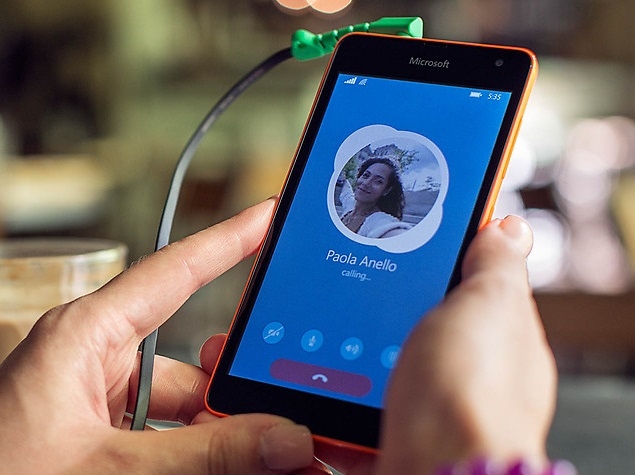 The Lumia 535 is powered by a quad-core Qualcomm Snapdragon 200 processor clocked at 1.2GHz alongside 1GB of RAM. There is 8GB of built-in storage that is further expandable via microSD card (up to 128GB). Much like other Lumia handsets, the Lumia 535 and Lumia 535 Dual SIM also get 15GB of free OneDrive cloud storage.

One of the highlight features of the Lumia 535 is the 5-megapixel front-facing camera, which is reminiscent of the Lumia 730 and Lumia 735. The company touts, "The Lumia 535 not only provides you with crystal-clear imagery and the Lumia selfie app, but you'll also be able to get more in shot during those Skype calls." It also sports a 5-megapixel rear camera with an LED flash.

Microsoft has announced that the Lumia 535, much like other Lumia handsets, will be available in Cyan, Bright Green, Bright Orange, White, Dark Grey, and Black colours.

The smartphone also supports Bluetooth LE and can connect to accessories such as the Portable Wireless Speaker and Coloud Bang among others.

Microsoft last month had announced that it would drop the Nokia name from its Lumia smartphones, continuing the rebranding following the acquisition of the Finnish company's handset division.