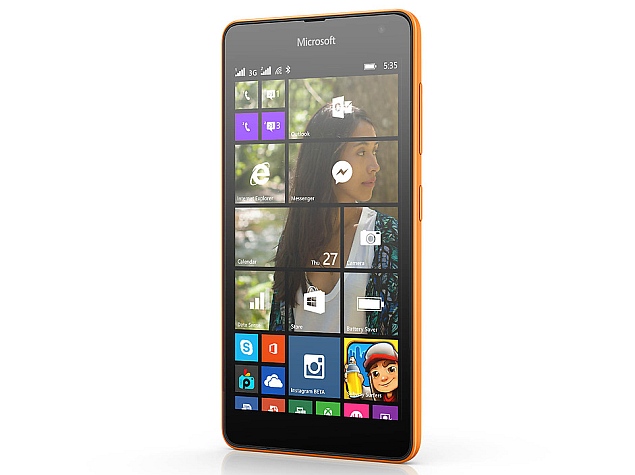 Last month Microsoft started rolling out an update for its first Windows Phone without Nokia branding, the Lumia 535, to fix the widespread touchscreen issue. However, the update was only limited to single-SIM version of the smartphone. The Redmond-based tech giant has now reportedly started rolling out the update for the dual-SIM variant as well.

The update, like the one rolled out for Lumia 535 single-SIM variants, will additionally bring Cortana voice-based virtual assistant to Lumia 535 Dual SIM handsets in certain regions including Germany, France, Italy, and Spain, as per WMPoweruser. The update also adds the ability to switch on or off the cellular data in the quick actions in Action Centre.

Microsoft Lumia 535 users can check for updates by navigating through Settings>Phone Updates.

To recall, the touchscreen issue was highlighted convincingly in a video by Winphone Viet, featuring a Lumia 535 struggling with a touchscreen sensitivity issue and inconsistent tracking of touch input. It was recommended that until the Redmond-based tech firm rolls out an update, users can switch off the Screen Magnifier feature, which can be found under Settings > Ease of Access option, to avoid the issue to some extent.

It is worth noting that a similar issue was seen in November last year with OnePlus One smartphone. It was reported that the touchscreen issue on the OnePlus One occurred because the flexible digitiser connector of replacement touchscreens was fitted in such a way that it came in contact with the inner surface of the handset's metallic body - causing problems due to a grounding fault. The problem was reportedly solved by adding insulating material, though OnePlus refuted the existence of the issue with a series of tests.