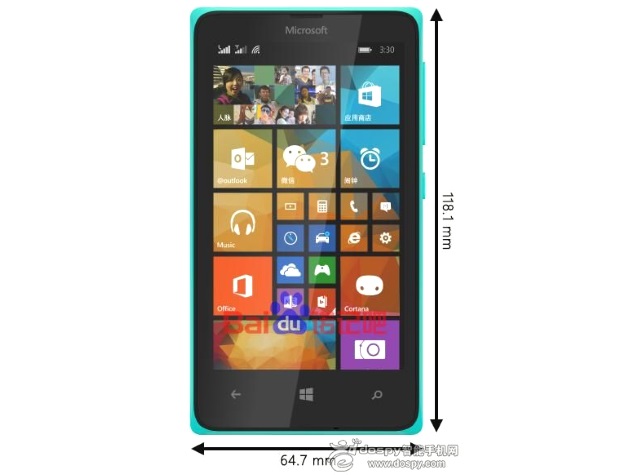 The rumoured Lumia 435/ Lumia 330 has been reportedly certified by Brazil's Anatel, which is the country's equivalent to the US FCC. Notably, the alleged device had visited FCC last month.

As from the leaked documents by Janelatech on Saturday, the RM-1068 certified by Anatel should be Microsoft's latest low-end Windows Phone device, dubbed the Nokia Lumia 435. While it is more likely that the Nokia branding might not be seen in the final product, the report suggests that certification authority did not list any pictures of the device as Microsoft had requested a short-term confidentiality agreement (seen below) until January 30th. 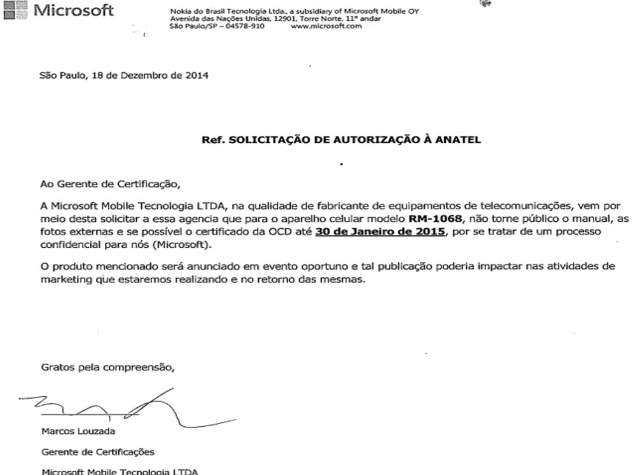 Last month, the FCC listing had revealed few specifications along with an image revealing the front of the speculated Lumia 435 or Lumia 330. The device was listed by FCC to come with dual-SIM 3G support (no LTE), 4-inch WVGA (480x800 pixels) display, and will measure about 118.1x64.7mm in size and about 11mm to 12mm in thickness.

In the meanwhile, it is reported that Microsoft has no flagship device in the pipeline until H2 2015, and that the company might introduce few low to mid-range devices only, like the rumoured Lumia 435 and Lumia 1330 phablet.

The alleged Lumia 1330 variant with model number RM-1062 has been spotted at FCC certification listing. It is speculated that since the listing showed a single-SIM LTE version of the Lumia 1330, it may also be called the Lumia 1335, matching the current naming convention of Microsoft for Lumia devices.

The FCC listing had also revealed support for LTE-Advanced (LTE-A) or LTE Release 10 connectivity - which may make it the first Lumia that supports the wireless 4G standard.
Comments