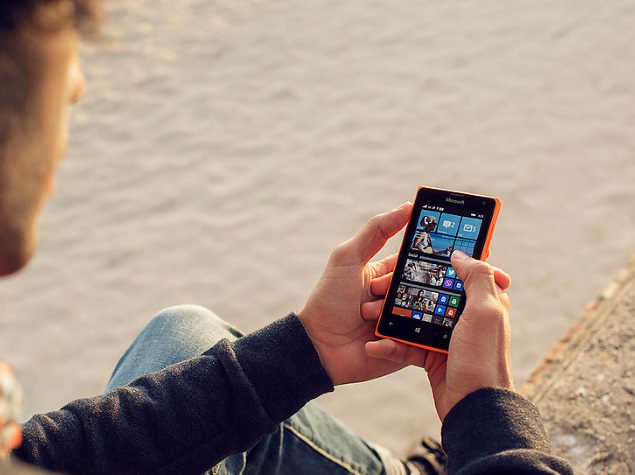 The Lumia 435 and Lumia 532 will start rolling out in February in select regions including Asia-Pacific, Europe, India, the Middle East and Africa.

Notably, Microsoft India, at the time of writing, had listed the Lumia 435 Dual SIM and Lumia 532 Dual SIM tipping that the dual-SIM variants of the handsets will be headed to the country.

Both the new Lumia smartphones come with the latest Windows Phone 8.1 with the Lumia Denim update. The Lumia 435 and Lumia 532 feature a suite of Microsoft services including Microsoft's Office suite (Word, Excel, PowerPoint and OneNote), Outlook, Skype, OneDrive (up to 30GB of free cloud storage), and can download more apps from Windows Phone store. Both the new Lumia handsets also come preloaded with Here Maps. Both the Lumia 435 and Lumia 532 feature a 4-inch WVGA (480x800 pixels) LCD display, and their dual-SIM variants have identical specifications except the additional SIM card slot.

Commenting on the launch, Jo Harlow, corporate vice president for phones at Microsoft said, "With the Lumia 435 and Lumia 532, we've realised our goal of creating the most affordable Lumia devices to date, opening up the opportunity to reach those people who are buying a smartphone for the very first time. Lumia 435 and Lumia 532 deliver competitive hardware alongside innovative software that will continue to receive the very latest updates and enhancements, keeping users up-to-date with the best new features."