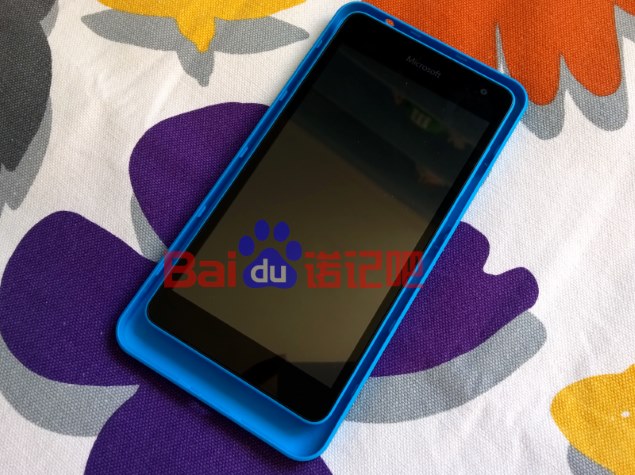 Though Microsoft is reported to have no plans of introducing a Windows Phone flagship device until H2 2015, a new set of rumours once again suggest the Lumia 1330 phablet is in the pipeline due along with few other devices at MWC 2015, scheduled for March 2 to March 5 in Barcelona.

The alleged Lumia 1330 variant with model number RM-1062 has been spotted at FCC certification listing, by Nokiapoweruser (via GSMArena). The report speculates since the listing shows a single-SIM LTE version of the Lumia 1330, it may also be called the Lumia 1335, matching the current naming convention of Microsoft for Lumia devices.

The FCC listing also reveals support for LTE-Advanced (LTE-A) or LTE Release 10 connectivity - which may make it the first Lumia that supports the wireless 4G standard.

A Baidu user on Thursday has also shared images of the back panel of the alleged Lumia 1330 or Lumia 1335, showcasing size comparison with the Lumia 535 (see above). Earlier the smartphone was tipped in a leaked image revealing the large-sized back of a Blue colour smartphone with Microsoft branding. 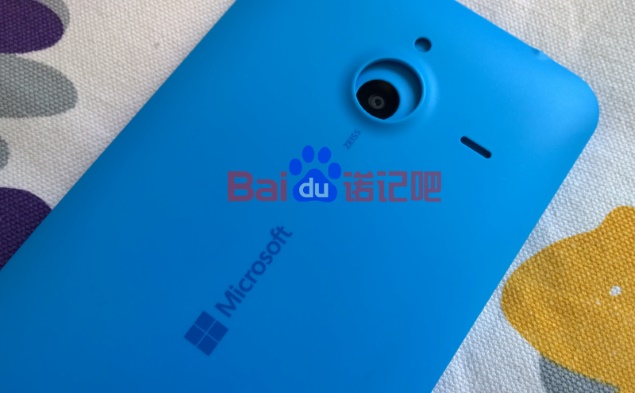 The Lumia 1330 or Lumia 1335 (RM-1062) is expected to feature a 5.7-inch HD (720x1280 pixels) OLED display, making it far larger than the Lumia 535 to which it's compared in the second photo. The primary camera on the new Lumia is said to be a bigger 14.1-megapixel shooter with the report speculating Zeiss optics and LED flash, while the front camera has been previously tipped as 5-megapixel.

The other specifications tipped by the report (matching those indicated by an earlier GFXBench listing) include Snapdragon 400 MSM8926 chipset with quad-core Cortex-A7 CPU; and 1GB of RAM. DirectX 11 support, and 32GB of inbuilt storage is also expected.
Affiliate links may be automatically generated - see our ethics statement for details.
Comments