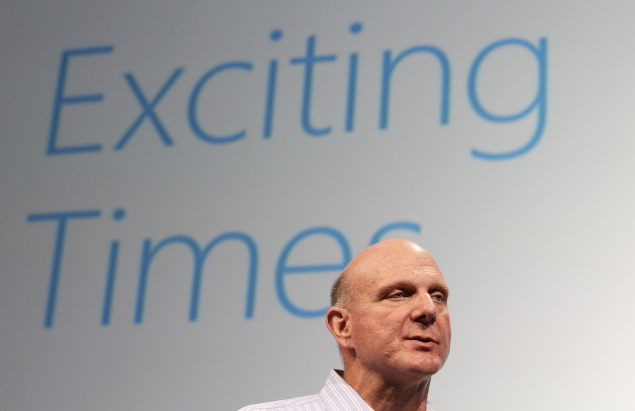 Microsoft CEO Steve Ballmer is never short of an opinion. He may not always get it right, but that's never stopped him from sharing his thoughts on a subject. Who can forget his little rant when the original iPhone came out. Here's the video to jog your memory.

Back in present day, Ballmer sat down for a chat with LinkedIn founder Reid Hoffman on Wednesday at an event with "tech influencers and innovators" where they talked about a variety of issues, and ultimately the conversation turned to Microsoft's competitors. As always, the Microsoft CEO was very forthcoming in his views on Apple and Google.

According to a report in TechCrunch, Ballmer called "the Android ecosystem wild, uncontrolled and susceptible to malware. He called the Apple ecosystem high-priced and highly controlled, further noticing that iPhones cost upwards of $1,000 internationally."

Ballmer also reportedly couldn't contain his excitement about Microsoft's new Surface tablet, saying people have their "Ooh" moment when they first experience the tablet. Microsoft recently launched Surface to mixed reviews, and earlier this week Ballmer admitted the sales of the tablet were "modest" at best.

Late last month Apple CEO Tim Cook had a dig of his own at Microsoft's Surface tablet, calling it "compromised and confusing".

The Microsoft CEO also hinted that after shipping its first tablet, it is open to playing a more active role in the hardware market. "Do I anticipate that partners of ours will build the lion's share of all Windows devices over the next five years? The answer is, absolutely," Ballmer is reported to have said.