Microsoft and Huawei to unite to sell smartphones in Africa 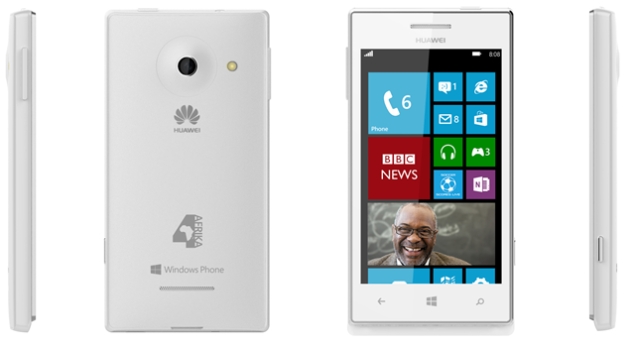 Microsoft, taking aim at the world's fastest-growing smartphone market, said on Monday that it would team up with Huawei of China to sell a low-cost Windows smartphone in Africa.

The phone, called the Huawei 4Afrika Windows Phone, will cost $150 and initially be sold in seven countries. Microsoft's Windows Phone software is fourth among smartphone operating systems, with just 2 percent of the worldwide market in September, according to Canalys, a research firm in Reading, England.

"Microsoft is a small player in smartphones and it needs as many partners as it can get," said Pete Cunningham, an analyst at Canalys. "And Africa is one of Huawei's strongest markets outside of China."

Microsoft's choice of Huawei, a leading maker of mobile networking equipment for African operators, does not detract from Microsoft's commitment to Nokia, which is relying on Windows Phone software to lift its new line of smartphones and return the company to profitability.

Fernando de Sousa, the general manager for Microsoft Africa, said that in the next few months, Microsoft and Nokia planned to introduce two new Windows phones for the African market.

Africa is the world's fastest-growing region for smartphones, with an average sales growth of 43 percent a year since 2000, according to the GSM Association, an industry trade group based in London.

In sub-Saharan Africa alone, 10 percent of the 445 million cellphone users have smartphones, but that is expected to increase rapidly as operators expand high-speed networks.

By 2017, most consumers in South Africa will be using smartphones, up from 20 percent last year, according to the GSM Association. In Nigeria, the continent's most populous country, the outlook for sustained growth is even greater, with smartphone penetration projected to reach just 30 percent by 2017.

The World Bank says that roughly a quarter of the one billion people on the continent are middle-class wage earners, the target group that Microsoft will try to reach with the Huawei phone, Mr. de Sousa said.

"Africans are generally quite conscious of brand, quality and image," he said. "We are being very clear that we are not going to be building something cheap for this market. What we want to do is deliver real quality innovation at an affordable price. Compared to some smartphones that cost $600 here, this is very affordable."

Microsoft plans to introduce the Huawei 4Afrika phone on Tuesday at events in Lagos, Cairo, Nairobi, Johannesburg and Abidjan, Ivory Coast. It will also be sold in Morocco and Angola.

The phone, which will run the Windows Phone 8 operating system, will be sold with applications designed for African consumers. Some apps give easy access to African soccer results. Others, like in Nigeria, focus on the country's entertainment and film industries. An application developed in Egypt allows a woman who feels she is being harassed to alert the authorities to her location with one touch of her phone.

By targeting Africa, Microsoft is trying to build on momentum it recently gained through its partnership with Nokia. The company sold 4.4 million Lumia Windows smartphones in the fourth quarter of last year, up from 2.9 million the previous quarter.

In November, the Microsoft chief executive, Steven A. Ballmer, said Microsoft had sold four times as many Windows phones at that point as it had a year earlier. A month later, Microsoft said sales of Windows phones over the holidays were five times those of a year ago.

Microsoft is not alone in its focus on Africa. Samsung, the largest seller of smartphones and cellphones, has recently expanded the less expensive range of Galaxy smartphones to market in Africa and other emerging markets, said Anshul Gupta, an analyst at Gartner in Mumbai.

Mr. Gupta said there was pent-up demand among African consumers for a smartphone costing $100 or less. He said several smaller Chinese phone makers, including TCL, ZTE and Lenovo, were working on developing simpler smartphones that sold for $50.