Micromax's Yu Yureka to Be Available Without Registration on Wednesday, Thursday 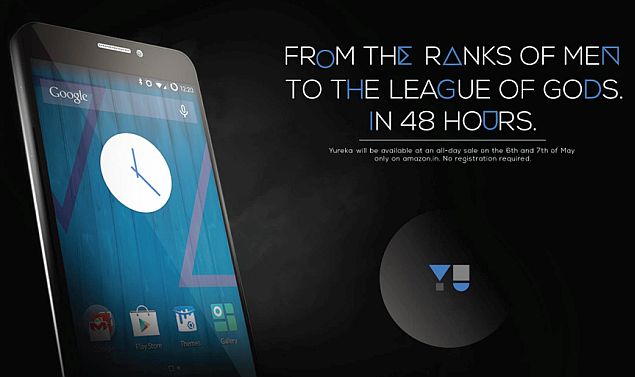 The company made the announcement on its Facebook and Twitter handles, and said, "No registrations, no time limits. Yureka open sale on 6th and 7th May. Are you ready to Play God?" The Amazon India page however notes the sale begins at 10am on Wednesday.

It's also worth noting that this is the first open sale for Micromax's Yu Yureka and can be seen as an attempt to clear out stocks of the smartphone ahead of the Yu Yuphoria smartphone launch.

The open sale announcement for the Yu Yureka came a day after the company last week announced the launch of Yu Yuphoria smartphone on May 12.

An open sale for the Yureka smartphone means that consumers will not be required to register to purchase the handset during the sale. The company, at the time of writing, had not revealed the number of units that will be up for sale on Wednesday and Thursday.