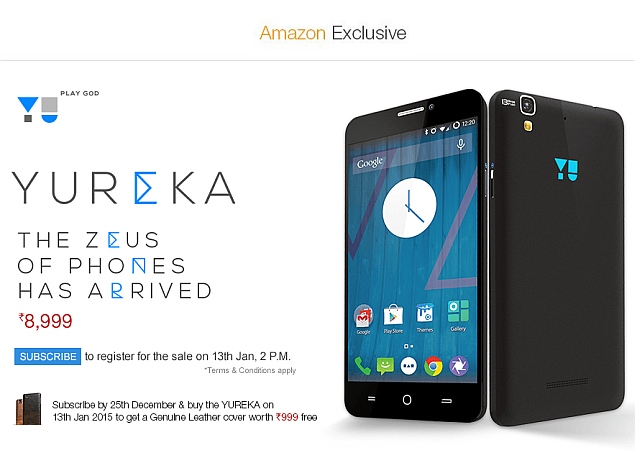 Micromax's new Yu brand of smartphones is off to a rocky start despite a launch that silenced critics of the company. The well-endowed Yureka smartphone that features a jaw-dropping price was supposed to go up for registrations via Amazon at 2pm on Friday, but saw a slight delay and then a few glitches to the registration mechanism. The January 13 launch date was also revealed alongside.

Thank you for the overwhelming response, everybody! #YUPlayGod #YUREKA pic.twitter.com/1Iq3V71jZp

Disillusioned potential Yu Yureka owners took to social media to vent their frustration at the registration page, which apart from not working properly for some users and confusing others with the difference between the 'Register Now' button that was initially shown (see below) and the 'Subscribe' (see above) button that appeared later, was closed a few minutes later, thanking users for the 'overwhelming response'.

This was especially baffling, as the promotional image clearly described users could register till December 25 if they wanted to avail of the early bird offer of a free leather cover (if they purchased the phone on the January 13 launch day).

The Yu Twitter handle confirmed the registrations were closed as well, and told users "we will be back shortly." Roughly an hour later, the registration page was opened again.