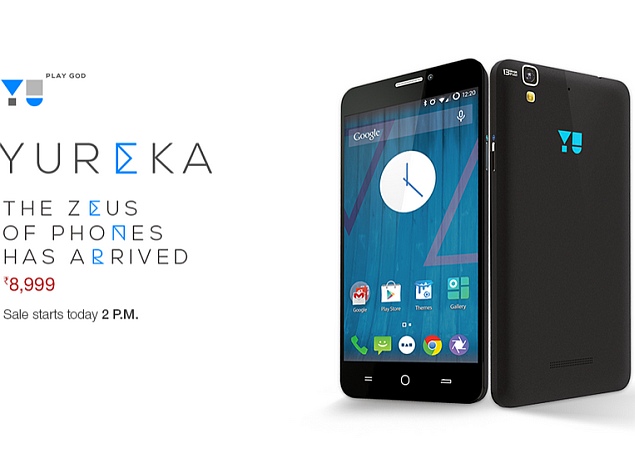 15,000 units of Micromax's Yu Yureka smartphone will be made available on Thursday via the second flash sale that kicks off at 2pm IST on Amazon India.

Update: Yu has announced that the 15,000 units were grabbed up in 4 seconds on Thursday. The company added that going forward, the Yu Yureka will go on sale every Thursday at 2pm, registrations for which will begin a week prior on the same day at 5pm.

10,000 units of Micromax's Yu Yureka (Review | Images) Cyanogen OS-smartphone were made available for the company's first flash sale last week, a sale that saw much controversy with site glitches including incorrect price listings and allegations the company actually made only 3,000 units available for sale. The company announced that 10,000 units had gone out of stock in 3 seconds.

(Also see: No, Amazon and Micromax Yu Did Not Lie About Yureka Flash Sale)

The domestic smartphone brand closed registrations for Thursday's flash sale at 2pm IST on Tuesday (registrations had opened on Friday), so if you haven't registered yet, you will have to wait for the next sale to purchase Micromax's Yu Yureka smartphone. However, if you had registered for the first flash sale, you will be automatically pre-registered.