Micromax's Yu Has Sold Over 3 Million Units in India; More Phones Lined Up for 2017 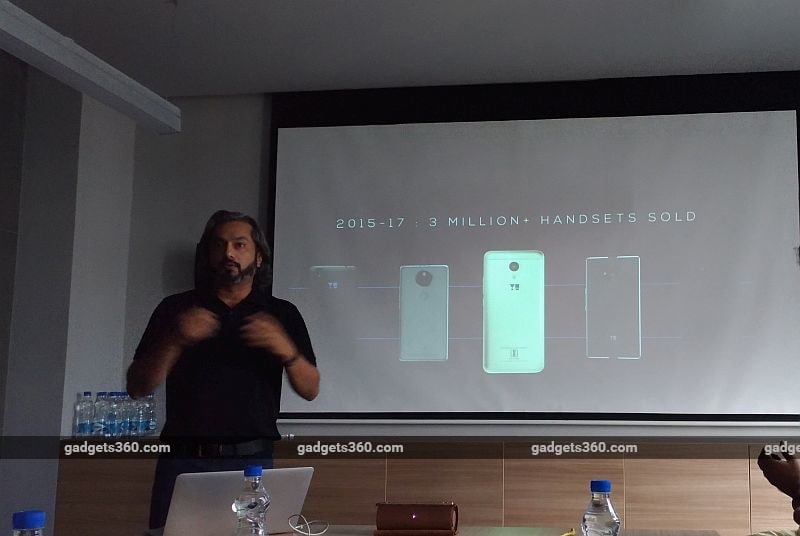 Yu Televentures, a subsidiary of Micromax, on Thursday unveiled its all-new Yureka Black smartphone in India. The new smartphone, which could be considered as the refresh of the original Yureka launched in 2015, is the brand's first smartphone in almost nine months. At the launch, Shubhodip Pal, Chief Marketing and Commercial Officer for Micromax and Yu, claimed that the online-exclusive brand has so far managed to sell over 3 million units in India.

Talking to Gadgets 360, Pal confirmed that Yu has more phones up its sleeve that will be launched in the coming months, and will be Flipkart-exclusive. "We are working closely with Flipkart for our future products in India, and in fact, we have another Yu smartphone ready for June-end launch," added Pal.

The Yu Yureka Black is the 10th smartphone in the company's portfolio, which is constituted by the Yureka, Yuphoria, Yureka Plus, Yunique, Yutopia, Yureka Note, Yunicorn, Yunique Plus, and Yureka S. To recall, the Yu Yureka was the top searched mobile device back in 2015.

"We did our homework before this launch as it has been long time since our last smartphone launched in India. What's happened in these months is that we have rectified a lot of things as we have taken feedback from our Yu community. With Yureka Black, we are back with stock Android experience which has been one of the biggest feedbacks from our community and we integrated that in our new device," said Pal.

Yu also adds that a beta build of Nougat for the Yureka Black is already out for developer community. This means that Yu will start testing the Nougat build for Yureka Black internally and users can expect Nougat update by July this year.

Pal also talked about the company's dual brand strategy where Micromax will be targeting the offline channels. Going further, Micromax will see smartphones focused on sub-Rs. 10,000 segment as well as above Rs. 10,000 segment. Yu, on the other hand, will have a broad segment to cover right from Rs. 5,000 to Rs. 25,000 and will be sold online only.