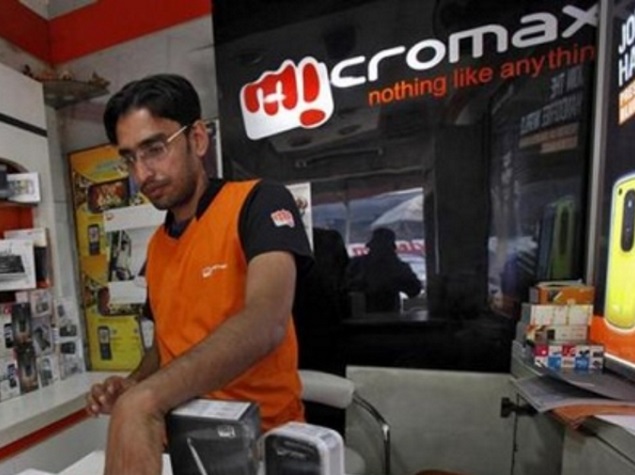 A subsidiary of Micromax, YU Televentures, has partnered Cyanogen to offer a customised user experience to end users, and will work with various companies to build a layer of services into the operating system itself.

The first handset will be launched in December, though details of the device and pricing were not disclosed.

"This will be a game changer not just in India but globally too. YU has been envisioned for building an ecosystem of connected devices and offer customised experience to users. We strongly feel that Cyanogen is the right partner to help us deliver a differentiated experience in the mobile ecosystem, we are together committed to challenge the limits of possibility and create a new world." Micromax co founder Rahul Sharma told PTI.

The brand will engage directly with end users, providing them with bootloader access to help them come up with software upgrades that they want on their phones, he added.

Kirt McMaster, CEO of Cyanogen, said, "We're excited about this partnership as we share a common vision around a powerful user-focused mobile experience. It's only the beginning as the partnership unfolds. Micromax + Cyanogen = revolution. Stay tuned for many awesome new innovations that will arise from this collaboration."

Asked if the brand will eat into Micromax's market share, Sharma answered in the negative.

"YU is aimed at digital natives, tech enthusiasts who want more out of their phones and are constantly doing that," Sharma said.

There will be a forum for them to voice out their ideas and those will incorporate in the software updates that will be done every fortnight, he added.

"The product will offer the best value for money in the world. We will line up more products in the coming days, which will be sold through online channels," he said.

Micromax in a statement said, "Micromax and Cyanogen have been in dialogue for the past one year, under the Project YUreka. Project YUreka was conceptualised to engage directly with consumers and bring innovations that solve consumer problems, not just software or hardware upgrades and is taking the shape of a new brand 'YU'. "

YU is in discussions with e-commerce players for selling the product online.

Apart from smartphones, YU would also focus on bringing other smart devices to the Indian market, he said without divulging details.

According to research firm IDC, the smartphone market in India grew at 84 percent year-on-year in the quarter ended June 2014 to 18.42 million units from 10.02 million units (in April-June 2013 quarter).