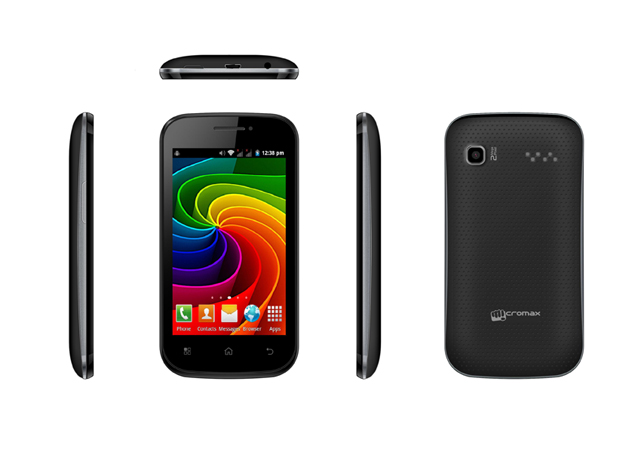 The Indian handset maker Micromax has launched Bolt A35 smartphone in the Indian market. This smartphone will run on Android 2.3.5 (Gingerbread) and is available in the market for Rs. 4,250. Micromax Bolt A35 comes with 10.1-cm full capacitive touch screen and is powered by 1GHz processor.

For camera, there is a 2.0-megapixel rear camera and a 0.3-megapixel front camera. Connectivity options include Bluetooth 2.1 and Wi-Fi. The smartphone comes with 1500 mAh battery, which according to the company delivers talk time of 4.5 hours. Bolt A35 comes with internal memory of 160 MB, which can be expanded further via a microSD card to up to 16 GB. There are no details in regards to the RAM on this smartphone.

Micromax Bolt A35 comes pre-loaded with 'Flash Transfer' app, which is aimed to improve the file sharing experiences experience of the consumer and making it easier and faster for users to share images, videos, songs etc. To use this 'Flash transfer' feature the users can just swipe to share files with their friends or drag content across the screen or simply shake and share. This feature is works only when the files are being shared between Android devices.

This app uses the Wi-Fi of one smartphone to create a Hotspot and sharing files over the private network.

With this smartphone the company is adding yet another smartphone category in its portfolio 'Bolt'. According to the company the Bolt category will consists of feature-rich phones. Micromax is also offering smartphones under Canvas series.