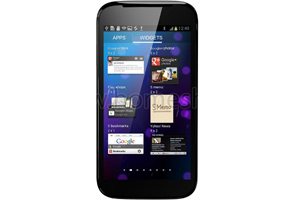 Micromax, which is intently eyeing the smartphone space, has launched two new Android smartphones in the Indian market - Superfone Canvas A100 and Superfone Pixel A90.

Micromax Canvas A100 sports a huge 5-inch screen with 854x480 pixels resolution . It is a dual-SIM device that runs on Android Ice Cream Sandwich and has 1GHz dual-core processor on-board. A100 also comes with a 5 megapixel camera with LED flash, 2000 mAh battery, 4GB internal memory and can be expanded up to 32 GB with the help of a microSD card slot. It will be available for Rs. 12,990.

On the other hand, Micromax Superfone Pixel A90 comes with a 4.3-inch Super-AMOLED screen with a resolution of 800X480pixels. This smartphone too has a 1GHz dual-core processor and runs on Ice Cream Sandwich. It packs in 1600 mAh battery and 8 megapixel rear camera with LED flash and 0.3 megapixel front camera. The market operating price of this smartphone is Rs. 12,990.

Both these smartphones come with Micromax's voice assistant AISHA pre-installed and will be available in the market from Friday (August 17, 2012).

The Indian handset maker already has plans to launch two new smartphones - Ninja3.5 and Ninja 4 in the coming month.

Talking about the Jelly Bean plans, Sharma commented that the company is targeting to roll out Jelly Bean update for its Android Ice Cream Sandwich smartphones by early next quarter.