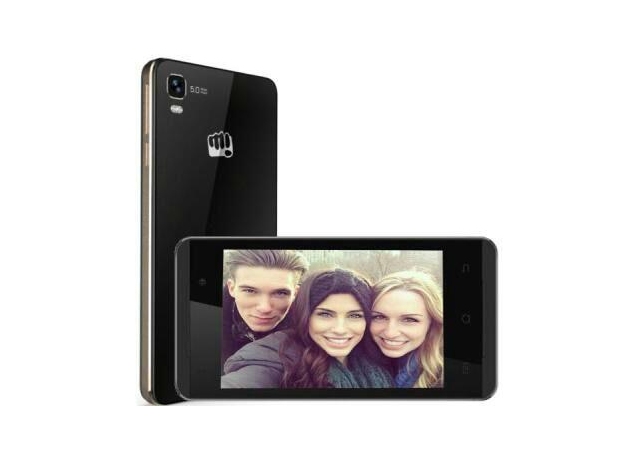 Micromax seems set to launch a new Android-based smartphone in India, the Micromax Canvas Fire A093. The phone has been announced as 'available now' by an established retailer. So far, no official announcement about the phone has been made by Micromax.

Announcing a price of Rs. 6,299, mobile retailer Mahesh Telecom on Wednesday tweeted some specifications of the Canvas Fire A093.

According to the tweet and its accompanying images, the dual-SIM Micromax Canvas Fire A093 runs on Android 4.4.2 KitKat, features a 4-inch WVGA (480x800 pixel) display, along with an unspecified quad-core processor, and what appears to be 4GB of built-in storage along with expandability via microSD card (up to 32GB).

Also onboard the yet-to-be-announced Micromax Canvas Fire A093, according to the tweet, is a 5-megapixel rear-facing fixed focus camera with flash, and a 0.3-megapixel front-facing camera. Not much else is decipherable from the tweeted specifications image, apart from WCDMA connectivity for 3G. As seen from the image of the phone, the device will probably feature stereo speakers, above and below the display.

Earlier this week, another unannounced Micromax smartphone (the A190) was doing the rounds of the Internet. In that case the source of the news was reported tipster MMXNewscaster, not a retailer.

Notably, the leak suggests that the rumoured Micromax A190 will be backed by a 1.5GHz hexa-core MediaTek (MT6591) processor, which if true, will be the first smartphone in the company's line-up to be powered by a hexa-core processor.