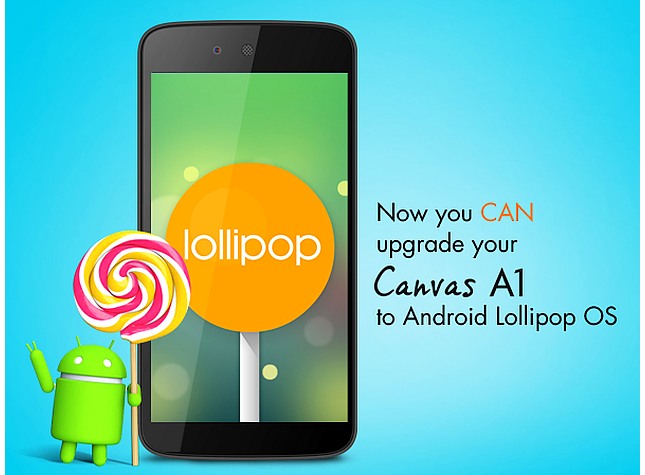 Micromax and Spice, two popular India-based smartphone makers have announced that they are rolling out Android 5.1 Lollipop OS update throughout this week to their Android One smartphones - Micromax Canvas A1 and Spice Dream Uno.

While Spice announced the news on its Facebook page stating "Your rocking weekend starts today..Spice rolls out Lollipop 5.1 update for Spice Dream Uno users. Check NOW!," Micromax has detailed the steps Canvas A1 users can follow to install Android 5.1 Lollipop on their handsets.

According to Micromax, the Canvas A1 with Android One should at least have 30 percent battery to install the OS. Users would have to connect to a Wi-Fi network, check for system updates under the handset's Settings option, and download/ install the package if available.

Both Micromax and Spice have not mentioned exactly what changes will the Android 5.1 Lollipop OS update will bring to the Android One smartphones. However, we know some of the features Android 5.1 Lollipop brings: easy handling of Wi-Fi toggles and Bluetooth from Quick Settings, fix for random app crashes, improved security in case the smartphone has been stolen or is lost, improved heads-up notifications that let users swipe up to collapse, better handling of system audio while playing a media file, and new 'No interruptions until next alarm' option in Priority mode.