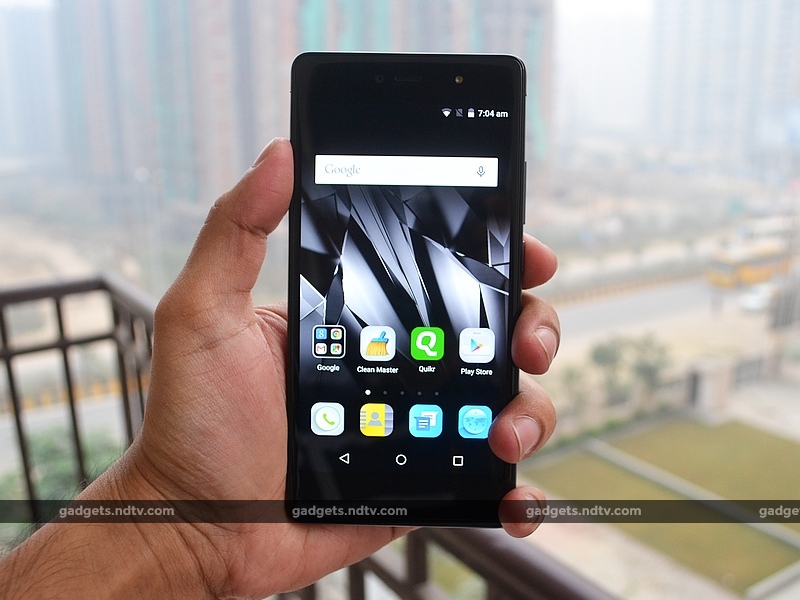 Micromax on Wednesday launched the Canvas 5 smartphone in India. The handset is the successor to the Micromax Canvas 4, which was launched in 2013. Priced at Rs. 11,999, the handset will be available to purchase in stores from Wednesday in Space Grey and Tan Brown colour variants.

As compared to the Canvas 4, the Micromax Canvas 5 includes a powerful processor, more RAM, better display, and larger battery. Although the front and rear camera sensors stay the same, the image processing tech under-the-hood has improved and more camera features have been added.

The Canvas 5 is a dual-SIM (GSM+GSM) smartphone which runs Android 5.1 Lollipop out-of-the-box, though Micromax does say an Android 6.0 Marshmallow update will be released at some point in the future. It comes with a 5.2-inch (1080x1920 pixels) full-HD IPS display with 2.5D Curved Touch Panel and Corning Gorilla Glass 3 coating.

It is powered by an octa-core MediaTek MT6753 processor clocked at 1.3GHz, coupled with 3GB of RAM and Mali-T720 MP2 GPU. It comes with 16GB of inbuilt storage, which is further expandable via microSD card (up to 64GB). The Micromax Canvas 5 sports a 13-megapixel rear autofocus camera with LED flash, while there is a secondary 5-megapixel front-facing camera also on board.

On the connectivity front, the Micromax Canvas 5 includes 3G, Wi-Fi, GPRS/ EDGE, GPS/ A-GPS, Micro-USB, Bluetooth options, and supports Indian 4G LTE bands (LTE FDD 850MHz/1800MHz and TDD 2300MHz) as well. It features an ambient light sensor, gravity sensor, magnetometer, and proximity sensor. The Canvas 5 is backed by a non-removable 2900mAh battery, which is rated to deliver up to 10 hours of talk-time, and up to 275 hours of standby time.

Commenting on the launch Vineet Taneja, CEO, Micromax Informatics, said, "With the launch of Canvas 5 around Diwali, we are introducing our newest Canvas flagship that will be game changer in the smartphone space targeting those who don't want to compromise and are keen to experience the new levels of multi-tasking and superb performance."

Sennheiser Brings Back Its Legendary Orpheus Headphones With $55,000 Price Tag
Why Google Should Merge Chrome OS and Android