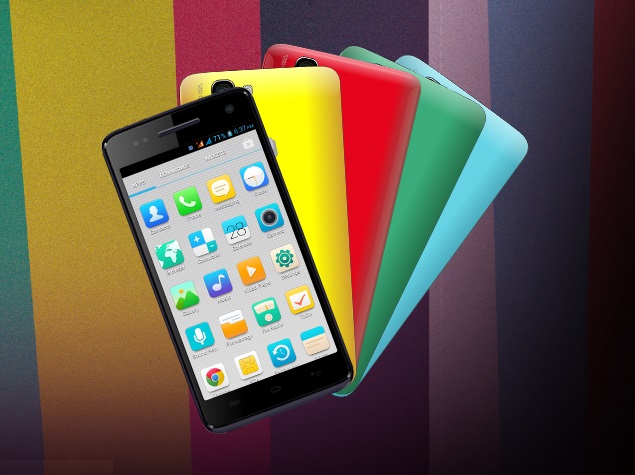 Micromax has introduced the Canvas 2 Colours smartphone, which is now listed on the company's site. The domestic handset vendor however is yet to disclose pricing and availability details of the device.

Notably, Lava launched a similar smartphone with a similar name earlier this month, called the Lava Iris 450 Colour, which also features interchangeable back panels. Lava had priced the Iris 450 Colour at Rs. 7,999.

The Micromax Canvas 2 Colours (A120) is a dual-SIM (GSM+GSM) device which runs Android 4.2 Jelly Bean out-of-the-box.

It comes with a 5-inch IPS display with a resolution of 720x1280 (HD) pixels. The Canvas 2 Colours is powered by a 1.3GHz quad-core MediaTek (MT6582) processor with 1GB of RAM. The Canvas 2 Colours features 4GB of inbuilt storage, which is further expandable up to 32GB via microSD card. It sports an 8-megapixel autofocus rear camera with LED flash, while there is a 2-megapixel front-facing camera also onboard. On the connectivity front, the Canvas 2 Colours includes 3G, GPS, Wi-Fi, Micro-USB, and Bluetooth options.

The Canvas Doodle 3 features a 6-inch display, the highlight of the device at this price, offering a FWVGA (480x854 pixels) resolution. It runs Android 4.2.2 Jelly Bean out-of-the-box.

A dual-SIM (GSM+GSM) phablet, the Canvas Doodle 3 is powered by a 1.3GHz dual-core MediaTek (MT6572) processor alongside 512MB of RAM.