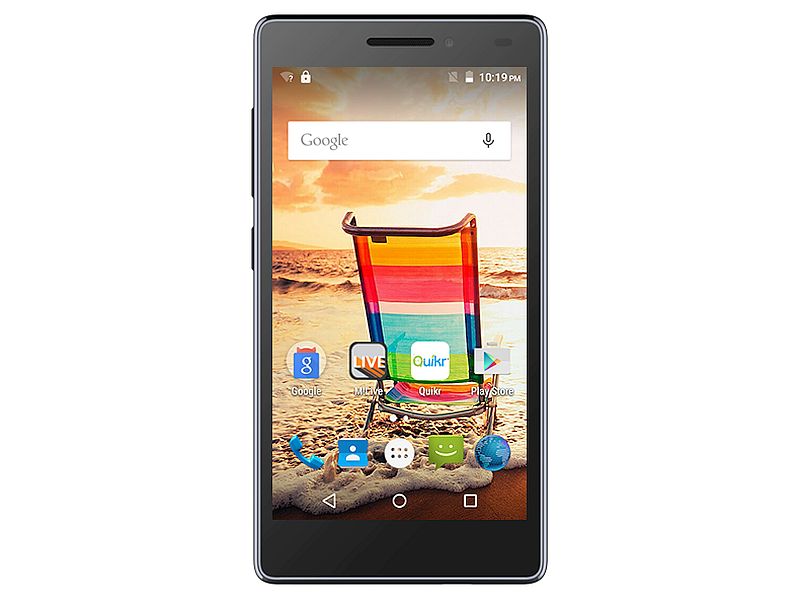 Soon after launching three new budget Bolt smartphones - the Bolt S302, Bolt Q331, and Bolt Q338 - Micromax has introduced another Bolt-series smartphone, the Bolt Q332, by listing it on its site.

At the time of writing, there was no word on the pricing and availability of the Micromax Bolt Q332. We can expect the handset to be made available soon. Micromax is touting that the Bolt Q332 as a "pocket home theatre", which comes with inbuilt speakers offering an output of 96dB.

The Bolt Q332 is a dual-SIM (GSM+GSM) smartphone and comes with a 5-inch (480x854 pixels) FWVGA IPS display. The Android 5.1 Lollipop-based smartphone is powered by a 1.3GHz quad-core processor coupled with 512MB of RAM.

It comes with mere 2GB of inbuilt storage, which is further expandable via microSD card (up to 32GB). It sports a 5-megapixel rear camera with LED flash, while there is a secondary 2-megapixel front-facing camera also onboard. The Bolt Q332's rear camera features scene detection, face recognition, panorama, geo tagging, best shot, smile shot, and HDR options.

On the connectivity front, the Bolt Q332 offers 3G, GPRS/ EDGE, Wi-Fi 802.11 b/g/n, Micro-USB, and Bluetooth options. The smartphone packs a 2000mAh battery, which according to the official listing is rated to deliver up to 6 hours of talk time, and up to 225 hours of standby time. It measures 141.1x73x9.7mm and weighs 141 grams. The handset is listed in Black colour.