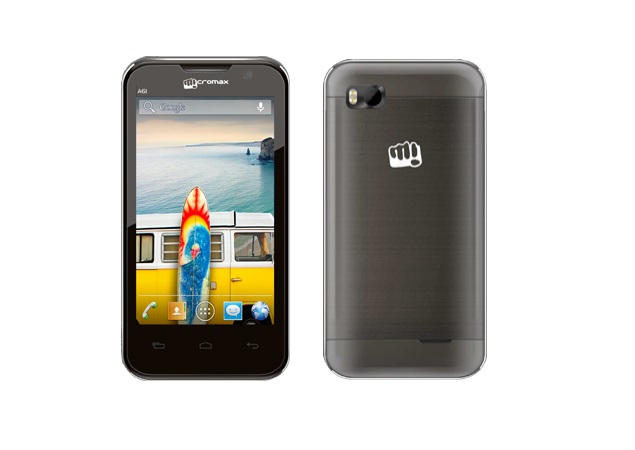 Micromax has launched a new budget smartphone in the India, the Bolt A61. The smartphone is now available via Micromax's online store at Rs. 4,999.

Recently, the Micromax Bolt A61 was spotted listed on the official site without a price.

The entry-level Micromax Bolt A61 runs Android 4.1 Jelly Bean out-of-the-box. The Micromax's new budget Android smartphone is a dual-SIM (GSM+GSM) device with dual standby support. It comes with a 4-inch TFT display with 480x800 pixels resolution, and is powered by a 1GHz Spreadtrum SC7710 processor along with 256MB of RAM.

It includes 512MB of inbuilt storage, which is further expandable up to 16GB via microSD card. The Micromax Bolt A61 sports a 2-megapixel rear camera with LED flash and also includes a VGA front-facing camera. The device packs a 1500mAh battery that the company claims can give a standby time of up to 160 hours, and up to 3.5 hours of talktime.

Connectivity options on the Bolt A61 include Bluetooth, Wi-Fi, Micro-USB, GPRS, EDGE and 3G. The smartphone also comes preloaded with apps such as Hike, Opera, Spuul, Game HUB, Kingsoft Office and M! Live.

The Micromax Canvas HD A116i runs Android 4.1.2 Jelly Bean, with the listing claiming that the company plans to roll-out an update to Android 4.2.1 soon. Much like the Canvas HD, it is a dual-SIM device with support for GSM+GSM. The Canvas HD A116i is powered by a MediaTek's MT6589 quad-core processor clocked at 1.2GHz along with PowerVR SGX544 GPU and 1GB of RAM.

The recently unveiled Canvas HD A1161 smartphone features a 5-inch display with a resolution of 720x1280 pixels and boasts of a pixel density of 294ppi. For optics, there is an 8-megapixel rear shooter with LED flash and 4X zoom, and a 2-megapixel front-facing camera. There is 4GB of inbuilt storage, which is further expandable up to 32GB via microSD card.