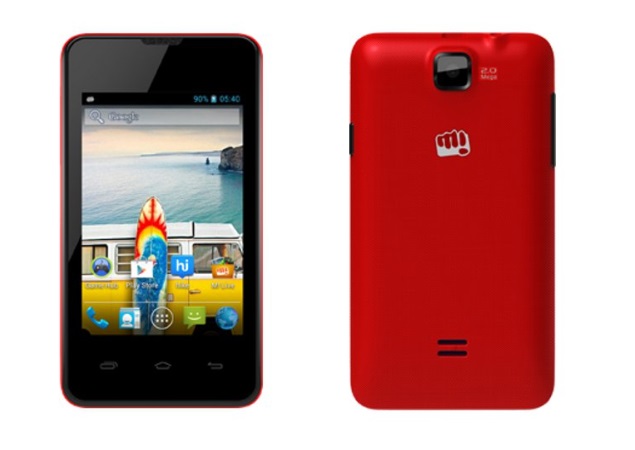 Micromax's new budget Android smartphone, the Bolt A58, is now available online for Rs. 5,499 through ecommerce website, Saholic. The

Micromax Bolt A58 has also been listed on the company's official website; however there is no word about the pricing and availability of the device.

The Bolt A58 comes with 3.5-inch TFT LCD display with 320x480 pixels resolution. The smartphone is powered by a 1GHz dual-core MediaTek 6572M processor along with 512MB of RAM. It also includes 512MB of inbuilt storage which is further expandable up to 32GB with microSD card. The Micromax Bolt A58 runs Android 4.2 Jelly Bean and supports firmware upgrade over the air (FOTA). The Micromax's new budget Android smartphone is a dual-SIM device with dual standby support.

It sports a 2-megapixel rear camera with no flash and also does not include front-facing camera. The device packs a 1200mAh battery that the company claims can give standby time up to 200 hours and up to 4 hours of talktime. The Micromax Bolt A58 comes preloaded with Hike, Opera, Spuul, Game HUB, Kingsoft Office and M! Live.

Recently a report suggested that Micromax is gearing up to introduce its first full-HD display smartphone, dubbed Canvas Turbo A250.