Micromax Bolt A51 with 3.5-inch display and Android 2.3 gets listed 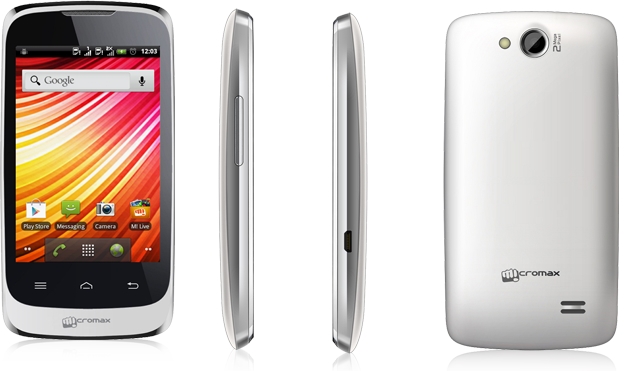 Micromax is all set to launch another entry-level smartphone in the Indian market - Bolt A51. The handset is currently listed on Micromax's website and is expected to start retailing soon.

Micromax Bolt A51 is powered by an 832MHz Broadcom processor and comes with a 3.5-inch HVGA display. The smartphone runs on dated Android 2.3.7 (Gingerbread). There is a 1500 mAh battery, which as per the company, gives 4.5 hours of talktime and standby time of 140 hours. For camera there is a 2-megapixel rear camera and 0.3-megapixel front camera. It is a dual-SIM smartphone that comes with 256MB of RAM and 512MB of ROM with microSD card slot to accommodate up to 32GB cards.

Connectivity options include 3G, Wi-Fi, and Bluetooth. Micromax Bolt A51 comes with pre-loaded applications such as MiStore and MiBuddy.

For camera, there is a 2.0-megapixel rear camera and a 0.3-megapixel front camera. Connectivity options include Bluetooth 2.1 and Wi-Fi. The smartphone comes with a similar 1500 mAh battery, which according to the company delivers talk time of 4.5 hours. Bolt A35 comes with internal memory of 160 MB, which can be expanded further via a microSD card by up to 16GB.