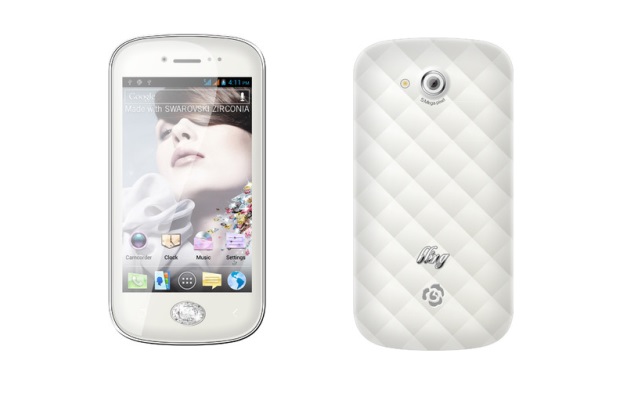 Micromax has released the new smartphone under its Bling smartphone product-line, the Bling 3 A86 at a price point of Rs. 9,599 through online retailers. The Indian handset vendor has not launched the device officially but the device is available on online retailers like Snapdeal and Infibeam.

The handset was listed on Flipkart with the coming soon tag, last week and the said listing has still not been updated with a price tag.

The Micromax Bling 3 A86 features a 4-inch capacitive touch display and comes with dimensions of 65.5x128.5x11.4mm. It is a dual-SIM (GSM+GSM) device that runs Android 4.1 Jelly Bean and is powered by 1GHz dual-core processor. The Bling 3 A86 sports a 5-megapixel rear camera and a 0.3-megapixel front camera. There is no mention of the internal storage but it comes with expandable storage of up to 32GB. Connectivity options include Wi-Fi, Bluetooth, 3G, GPRS, EDGE and GPS. It comes with Micromax's own apps and content stores such as M! Zone and M! Live. It also supports FM Radio.

The Micromax Bling 3 A86 also features Swarovski Zirconia diamonds and follows the same design language that we've seen in previously launched Bling devices. The device will be the fourth device launched under the Bling range of phones that includes the original Bling, Android powered Bling 2 and Bling X44.

Earlier this month, Micromax launched its much-awaited flagship smartphone, the Canvas 4 in India for Rs. 17,999. It comes with a 5.0-inch HD (720x1280) display and is powered by a 1.2GHz quad-core processor alongside 1GB RAM and 16GB internal storage. The Micromax Canvas 4 comes with a 13-megapixel rear camera and 5-megapixel front camera. It runs Android 4.2.1 Jelly Bean. Connectivity options include Wi-Fi, GPS, Bluetooth and Micro-USB. Canvas 4 is powered by a 2,000mAH battery.