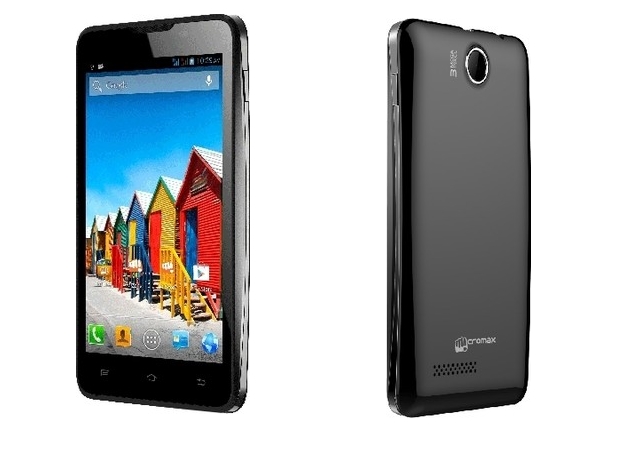 Micromax has officially announced its low cost phablet, A72 Canvas Viva for Rs. 6,499. We had reported on Tuesday that the Micromax A72 Canvas Viva was available through online retailers such as flipkart.com and snapdeal.com for Rs. 6,999.

Micromax A72 Canvas Viva sports a 5-inch (480 x 800 Pixels) display and runs on the dated Android 2.3 (Gingerbread). It will be powered by a 1GHz processor along with 256MB of RAM. The other specifications of this phablet include a 3-megapixel rear camera, VGA front camera, 2,000mAh battery, 2G (EDGE support) and 110 MB of internal storage, that can be expanded by up to 16GB with microSD card. It is a dual-SIM phablet that supports GSM frequency in both the SIMs.

Micromax had recently launched the A116 Canvas HD (Review |Pictures), which is powered by MediaTek's MT6589 quad-core processor that clocks 1.2GHz. The Micromax A116 Canvas HD comes with a 5-inch HD IPS screen that sports 1280x720 resolution and a colour depth of 16.7 million. The smartphone runs on Android 4.1 (Jelly Bean) out of the box.

It packs in a 2000mAh battery and is currently available for Rs. 14,499. Micromax A116 Canvas HD has an 8-megapixel rear shooter with LED flash and 4X zoom and a VGA front camera. Other features of the smartphone include 1GB of RAM and 4GB of internal storage, which can be expanded to up to 32GB via microSD card. It is a dual-SIM smartphone, which supports GSM frequency on both the SIMs.

Micromax is also reportedly working on A115 Canvas 3D. As per rumours, the Canvas 3D would come with a 5-inch WVGA screen that has a resolution of 480x800 pixels. Furthermore, this smartphone will be powered by a dual-core MediaTek MT6577 processor, and have an 8-megapixel rear camera with LED Flash and a 2-megapixel front camera.