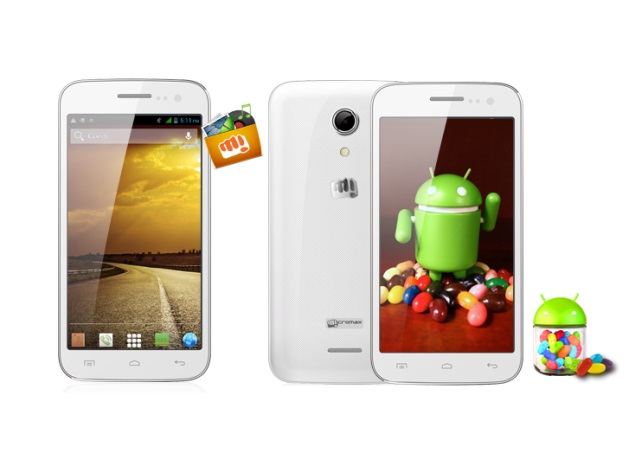 Micromax has introduced its next mid-range phablet, the A114 Canvas 2.2 for the Indian market. The domestic handset maker has listed the Canvas 2.2 on its official site, though it has not revealed the pricing and availability details.

The Micromax 114 Canvas 2.2 runs Android 4.2 Jelly Bean and is a dual-SIM phablet (GSM+GSM) with support for Micro-SIM cards instead of regular SIMs. It features a 5-inch qHD IPS display with a 540x960 pixels resolution. The phablet is powered by a 1.3GHz quad-core MediaTek MT6582M processor along with 1GB of RAM.

It sports an 8-megapixel autofocus rear camera accompanied by a flash and also includes a 2-megapixel front-facing camera. It comes with 4GB inbuilt storage, which can be expanded up to 32GB with the help of a microSD card. The Micromax 114 Canvas 2.2 packs a 2000mAh battery which, as per the company's listing, can deliver up to 7 hours of talktime and up to 290 hours standby time. Connectivity options on the phablet include Bluetooth, Wi-Fi, GPRS, EDGE, GPS/ AGPS and 3G. The Canvas 2.2 measures 145x73x9.7mm and weighs about 147 grams. It also includes a host of sensors like G sensor, light sensor, and proximity sensor.

Earlier, Micromax launched a budget smartphone, the Bolt A61. The entry-level Micromax Bolt A61 runs Android 4.1 Jelly Bean out-of-the-box. Micromax's new budget Android smartphone is a dual-SIM (GSM+GSM) device with dual standby support. It comes with a 4-inch TFT display with 480x800 pixels resolution, and is powered by a 1GHz Spreadtrum SC7710 processor along with 256MB of RAM.

It includes 512MB of inbuilt storage, which is further expandable up to 16GB via microSD card. The Micromax Bolt A61 sports a 2-megapixel rear camera with LED flash and also includes a VGA front-facing camera. The device packs a 1500mAh battery that the company claims can give a standby time of up to 160 hours, and up to 3.5 hours of talktime.

Upcoming technology transformations of the next five years, according to IBM
Lenovo Vibe X with 5.0-inch full-HD display launched at Rs. 25,999