Mi CC9 Pro and Mi Note 10 have also allegedly surfaced on Geekbench, further indicating they are the same phone. 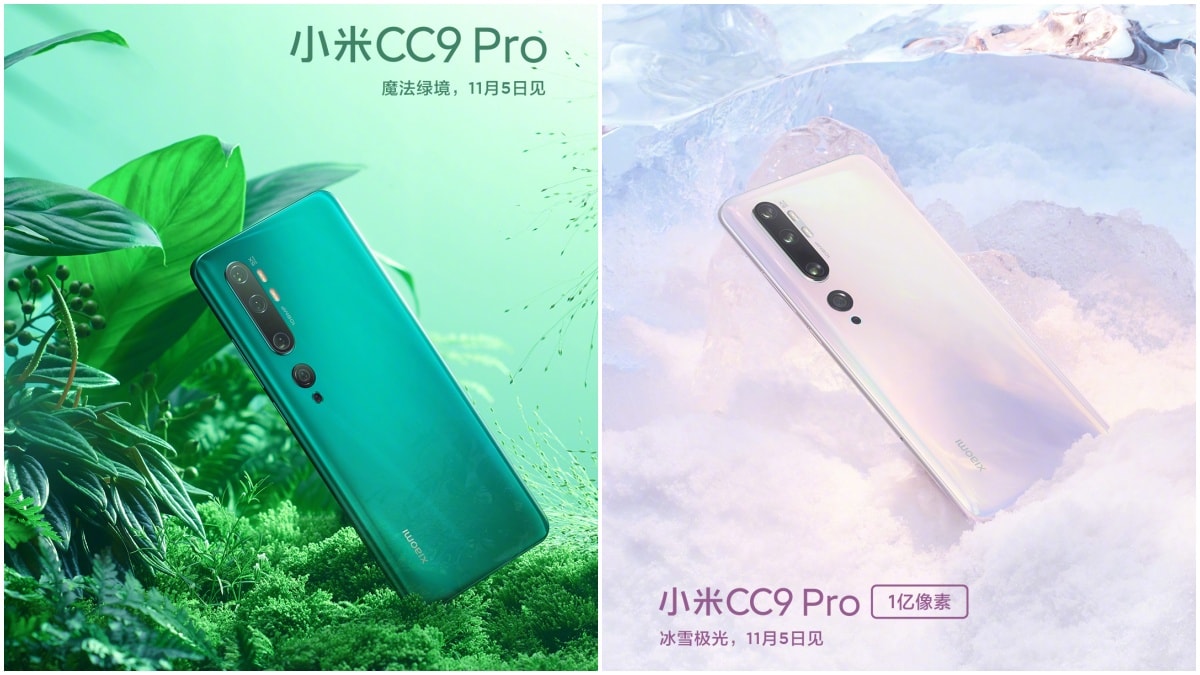 In the cover photo of its official Facebook page, Xiaomi Poland had teased the November 14 launch of a new smartphone. The graphics of this photo clearly hint at the Mi Note 10 launch; however, it is still unclear whether the Poland launch will act as the global launch of Mi Note 10, or the company will launch the smartphone in another city before unveiling it in Poland. Hopefully, the official Xiaomi Twitter account will confirm the launch date over the coming days.

As mentioned, Xiaomi has published a teaser on Weibo that reveals the presence of 5,260mAh battery with 30W fast charging support. Another teaser by a Xiaomi executive notes that the phone will be offered in two colour options, whose names roughly translate to Ice Snow Aurora and Magic Green.

Separately, Mi CC9 Pro and Mi Note 10 have allegedly popped up on Geekbench with pretty much identical details as well as scores, further cementing the belief that Mi Note 10 is going to be the international variant of Mi CC9 Pro. The Geekbench listings show the presence of Android 9 on both smartphones. Also, the Mi Note 10 model tested using Geekbench seems to have 6GB RAM, whereas the Mi CC9 Pro model listed on Geekbench packs 8GB of RAM. It is very likely that both phones will be released in both RAM variants. There could be other variants as well.

As per the recently spotted Mi CC9 Pro TENAA listing, the phone is said to pack up to 12GB of RAM, 32-megapixel selfie camera, up to 256GB of onboard storage, and a 6.47-inch full-HD+ (1080x2340 pixels) display. The details of the phone's rear camera have already been teased in detail by Xiaomi.