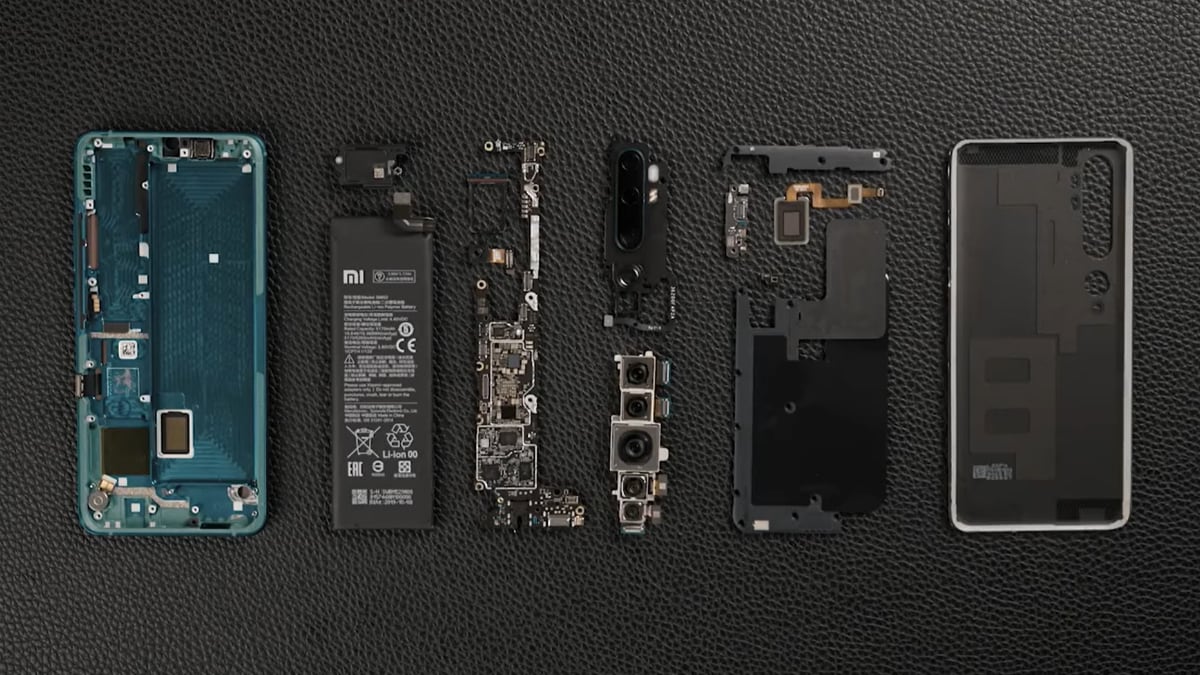 Mi Note 10 is jam-packed with tons of components

Mi Note 10, which is available in China as Mi CC9 Pro, has been dismantled online to show off its internals. A teardown video has been released formally by the company to detail the components of the new Xiaomi phone. The Chinese company has offered a glass back on the Mi Note 10 that includes a graphite sheet for heat dissipation. Also, since there are many components on board, the Mi Note 10 is extremely crowded internally. The teardown also highlights the motherboard that includes the Qualcomm Snapdragon 730G SoC.

Xiaomi has released the disassembling video of the Mi CC9 Pro through its official Weibo account. The smartphone is globally available as the Mi Note 10.

The one-minute video begins the teardown process by removing the glass back. Once the back panel is raised, the phone shows the graphite sheet that is designed to disperse heat from the chipset. There is also an NFC antenna that sits below the back panel.

The Mi Note 10 includes a penta camera setup at the back that is supported by a cover. The rear camera setup is accompanied by a quad-LED flash along with a Laser AF system. Further, there is an ambient light sensor to adjust the colour temperature.

After the camera setup, the teardown video highlights the massive 5,260mAh battery that powers the Mi Note 10. The battery pack is of rectangular shape -- unlike the L-shaped battery pack available on the iPhone 11 Pro Max.

The Xiaomi phone is also found to have a loudspeaker chamber just below the battery pack. Further, there is an ultra-thin in-display fingerprint sensor that is visible once the battery is removed.

Xiaomi's teardown video also showcases its motherboard that has the Snapdragon 730G SoC along with LPDDR4X RAM, UFS 2.1 onboard storage, and hardware to support 30W fast charging.