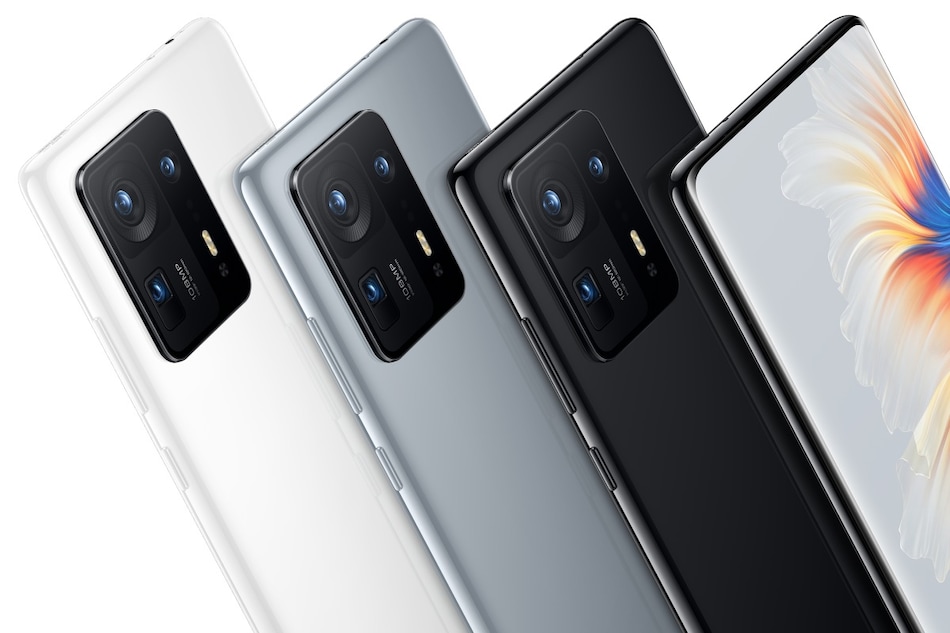 Mi Mix 4 was unveiled at a special event in China on Tuesday as Xiaomi's first commercial phone to carry an under-display camera. The new Mi Mix phone comes with a new camera technology that hides the front-facing sensor under the display. Xiaomi calls the camera ‘Camera Under Panel (CUP)'. The smartphone also carries triple rear cameras and features including an in-display fingerprint sensor as well as stereo speakers. Alongside unveiling the Mi Mix 4, Xiaomi launched the Mi Pad 5 and Mi Pad 5 Pro as its new tablets as well as Xiaomi Sound smart speaker and Mi TV Master 77-inch and Mi TV 6 OLED smart TVs.

Both Mi Pad 5 and Mi Pad 5 Pro will be available for purchase in China from August 16.

Alongside the Mi Pad 5 series, Xiaomi launched a double-sided protective case with a keyboard that is priced at CNY 399 (Rs. 4,600) and a stylus at CNY 349 (Rs. ​​4,000). Both accessories are specifically designed for the new tablets.

The Xiaomi Sound as well as the Mi TV Master 77-inch, and the Mi TV 6 OLED models are currently available for pre-orders in China, with their sales beginning from August 16.

Xiaomi hasn't revealed any details about the global availability and pricing of its new devices in markets other than China.

The Mi Mix 4 runs on Android 11 with MIUI on top and features a 6.67-inch full-HD+ (1,080x2,400 pixels) 10bit TrueColor AMOLED display with a 120Hz refresh rate and 20:9 aspect ratio. The curved display also has HDR10+ and Dolby Vision support and is protected by Corning Gorilla Glass Victus. Under the hood, the Mi Mix 4 has an octa-core Qualcomm Snapdragon 888+ SoC, along with up to 12GB of LPDDR5 RAM. The phone carries the triple rear camera setup that houses a 108-megapixel primary HMX sensor, along with an f/1.95 lens that supports optical image stabilisation (OIS). The camera setup also has a 13-megapixel sensor with a periscope-shaped telephoto lens to support 50x zoom, as well as an 8-megapixel ultra-wide shooter.

For selfies and video chats, the Mi Mix 4 uses a 20-megapixel camera sensor at the front that has the CUP technology with 400ppi of pixel density. The company claims that it matches the pixel density, brightness, and color detail of the surrounding screen to completely hide the camera zone.

The Mi Mix 4 comes with up to 512GB of UFS 3.1 storage. Connectivity options include 5G, 4G LTE, Wi-Fi 6, Bluetooth, GPS/ A-GPS, and a USB Type-C port. The phone also has Ultra-Wideband (UWB) support to offer precise spatial positioning capabilities. Additionally, there is the in-display fingerprint sensor for biometric authentication.

Xiaomi has provided a 4,500mAh battery on the Mi Mix 4 that supports up to 120W wired charging and 50W wireless charging. Besides, the phone has 8.02mm of thickness and 225 grams of weight.

The Mi Pad 5 runs on Android 11 with MIUI for Pad and features an 11-inch 2.5K TrueTone display that has 120Hz refresh rate as well as Dolby Vision and HDR10 support. It is powered by a Qualcomm Snapdragon 860 SoC, along with 6GB of RAM as standard. The tablet comes with four speakers and supports Dolby Atmos.

The Mi Pad 5 comes with up to 256GB of onboard storage. It packs an 8,720mAh battery that supports 33W fast charging.

Just like the Mi Pad 5, the Mi Pad 5 Pro runs on Android 11 with MIUI for Pad and features an 11-inch 2.5K TrueTone display that has 120Hz refresh rate as well as Dolby Vision and HDR10 support. It is, however, powered by a Qualcomm Snapdragon 870 SoC, coupled with up to 8GB of RAM. The tablet also has a 50-megapixel primary rear camera on the 5G version, though the Wi-Fi only variant has a 13-megapixel primary camera. Both 5G and Wi-Fi versions come with a 5-megapixel depth sensor at the back and an 8-megapixel selfie camera sensor at the front.

The Mi Pad 5 Pro has up to 256GB of internal storage. You'll also get eight speakers on the tablet, along with Dolby Atmos support. Besides, it packs an 8,600mAh battery that supports up to 67W fast charging.

The Xiaomi Sound is designed with Harman AudioEFX sound and aimed to deliver 360-degree omnidirectional audio. The speaker comes with UWB support and has Bluetooth v5.2 connectivity.

The Mi TV Master 77-inch comes with a 10-bit 120Hz OLED V21 display that has 1500000:1 contrast ratio and 1,000 nits of peak brightness. The TV comes with 70W speakers that are tuned by Harman Kardon. Connectivity options include UWB, NFC, and Wi-Fi 6. The TV also has HDMI 2.1 + VRR for delivering high-quality feed from a compatible device. Further, Mi TV Master 77-inch model has dedicated support for Xbox gamers.

The Mi TV 6 OLED, on the other hand, comes in 55- and 65-inch sizes and has an OLED display with 1000000:1 contrast ratio and 800 nits of peak brightness. The TV also supports Dolby Vision, HDR10+, and IMAX Enhanced technologies.