Mi Mix 4 is set to launch in China on Tuesday, August 10. 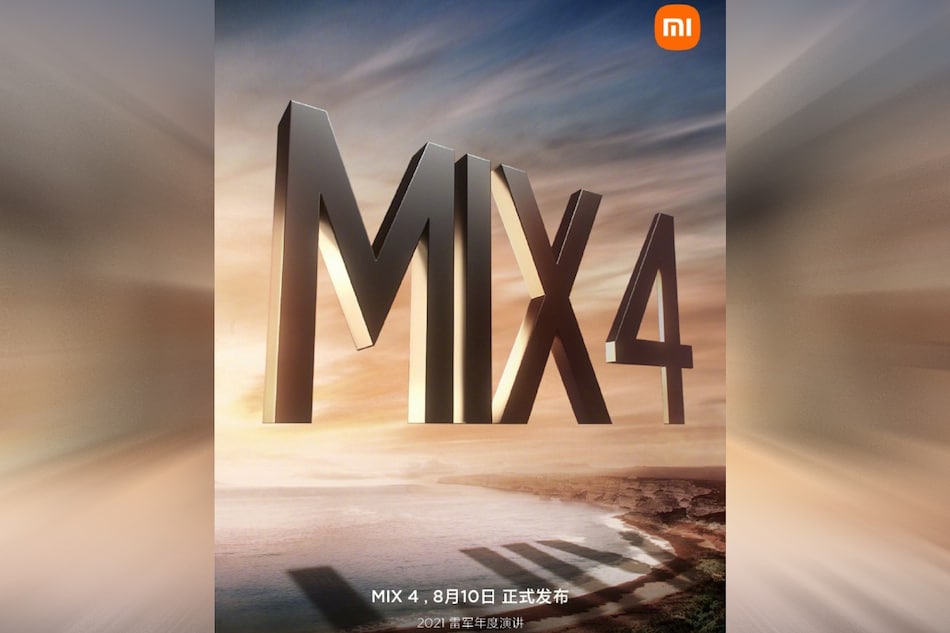 Mi Mix 4's design has been leaked through a promotional poster doing the rounds on Chinese microblogging site Weibo. The image on the poster shows the front and rear design of the smartphone. The flagship smartphone from Xiaomi is expected to feature a triple rear camera setup in a housing similar to that of the Mi 11 Ultra. Ahead of its launch on Tuesday, August 10, Xiaomi has reportedly received more than 230,000 reservations for the Mi Mix 4 via multiple e-commerce platforms in China. The flagship smartphone was recently been spotted on Geekbench benchmarking website, suggesting some of its key specifications.

As mentioned, the Mi Mix 4 is said to sport a quad rear camera setup, in a housing quite similar to the one found on the Mi 11 Ultra. However, contrary to an earlier report, the Mi Mix 4 does not seem to have a rear secondary screen in the camera housing. The design of the upcoming Xiaomi smartphone, set to be launched on August 10, has been tipped via a promotional poster being said to have been displayed in China. The promotional poster was shared on Weibo.

The images on the poster also show the front of the smartphone and it suggests that Mi Mix 4 could get a curved display with no notches or a camera cutout. It is speculated to get an under-display selfie camera. The Chinese tech giant was also one of the first companies to develop an under-display camera technology.

The flagship smartphone from Xiaomi is expected to be powered by a Snapdragon 888 SoC paired with 12GB of RAM — as seen in its Geekbench and TENAA listings. The Mi Mix 4 is expected to sport a 6.6-inch OLED display with a 1080p resolution. The smartphone is also likely to pack a 5,000mAh battery with a 120W wired fast charging support and 70W or 80W wireless fast charging support.