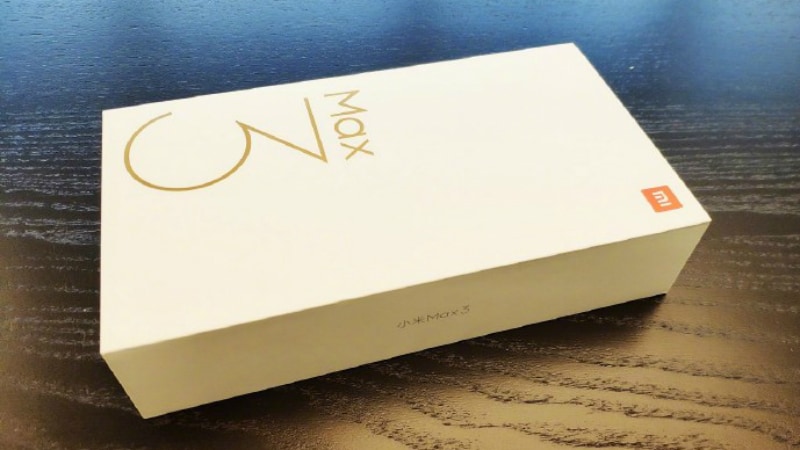 Xiaomi's Mi Max series of affordable, mid-range phablets is begging for a refresh with the Mi Max 2 having launched in May of last year. After a confirmation of a July launch, Xiaomi CEO Lei Jun has now gone ahead and shared the first image of what is seemingly the retail box of the upcoming Mi Max 3. Apart from the box, nothing much has been revealed around the smartphone's design or specifications. However, a recent TENAA spotting had suggested the Mi Max 3 would sport a 6.9-inch display and be powered by a Qualcomm Snapdragon 636 SoC.

In a post on his official Weibo account on Monday, Lei Jun suggests that the Mi Max 3 might be released "early" with the announcement expected later this month. The "Mi Max 3" moniker is mentioned on top and right of the retail box. Three models of the upcoming phablet were spotted on TENAA last month. According to the specifications sheet, the Mi Max 3 is expected to run Android 8.1 Oreo, and sport a massive 6.9-inch full-HD+ (1080x2160 pixels) display with an 18:9 aspect ratio.

The handset will most likely be powered by an octa-core Qualcomm Snapdragon 636 SoC, however previous rumours have suggested the presence of the latest Snapdragon 710 SoC. This will be coupled with 3GB/ 4GB/ 6GB of RAM and 32GB/ 64GB/ 128GB of inbuilt storage. Storage will be expandable via microSD card.

While the design leak in the listing pointed towards the presence of a vertical dual rear camera setup, only the primary 12-megapixel sensor has been explicitly detailed. One variant of the phone will get a 5-megapixel selfie camera while the other two are expected to sport 8-megapixel sensors each. Lastly, there will be a huge 5400mAh battery under the hood to power this mid-range phablet.