Mi Health app has received an update with version 2.7.4. 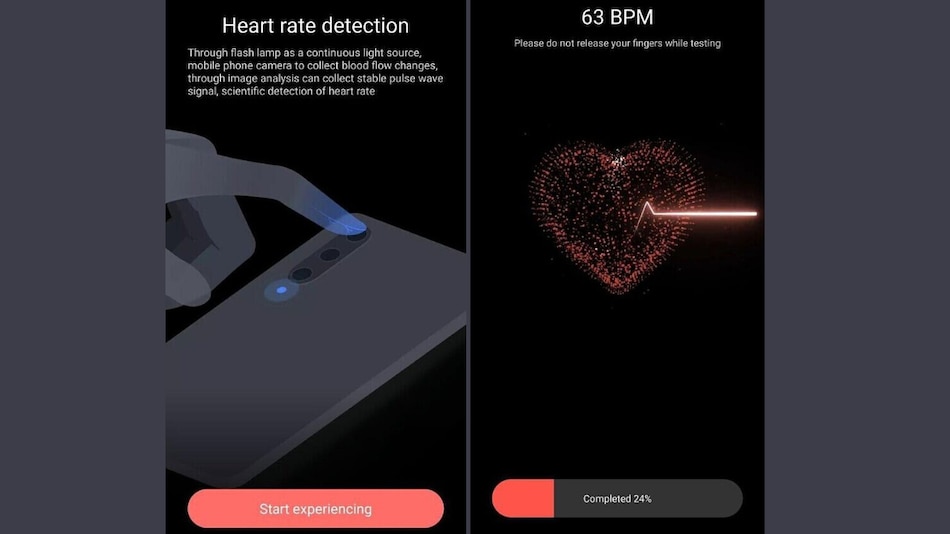 Mi Health app has now received a new update bringing heart rate monitoring support. The update comes with version number 2.7.4 and it should reportedly reach all Mi Health app users in the coming days. The Mi Health app was launched last year and was made available for specific MIUI users only. At that time, the app had a few fitness tracking features along with sleep monitoring and menstrual cycle tracking, but there was no heart rate monitoring. With this new update, this anticipated feature has been added.

XDA Developers reports that the Mi Health app is receiving a new update with the heart rate monitoring support. This feature will use the phone camera to measure the heart rate data. There is a new Heart Rate section inside the app and this segment has a red icon at the bottom right of the screen. Tapping on it will start the heart rate monitoring. The screen will instruct you to block the camera and flash on the phone with a finger. As soon as you do that, the phone will begin measuring the heart rate. Users will have to keep blocking the camera and flash till the screen does not reflect that the detection has been completed.

Once the measurement is done, the Mi Health app asks the ‘state of the user' i.e. are they in a general state, resting state, or whether they have finished an exercise. After selecting the right option and pressing the ‘View Report' button, a test report will be displayed on your screen that will include the heart rate and a graphic that will advise on whether the heart rate is optimal, slow, or fast. There is also a new dashboard that will collate data over a period of time to allow users to keep track on their heart health. The Mi Health app is not available on Google Play Store and is listed on a few MIUI-running devices only.