Mi 9T Said to Be Already on Sale in Philippines, Unboxing Video Pops Up Online

Mi 9T is pretty much confirmed to be a rebranded Redmi K20. 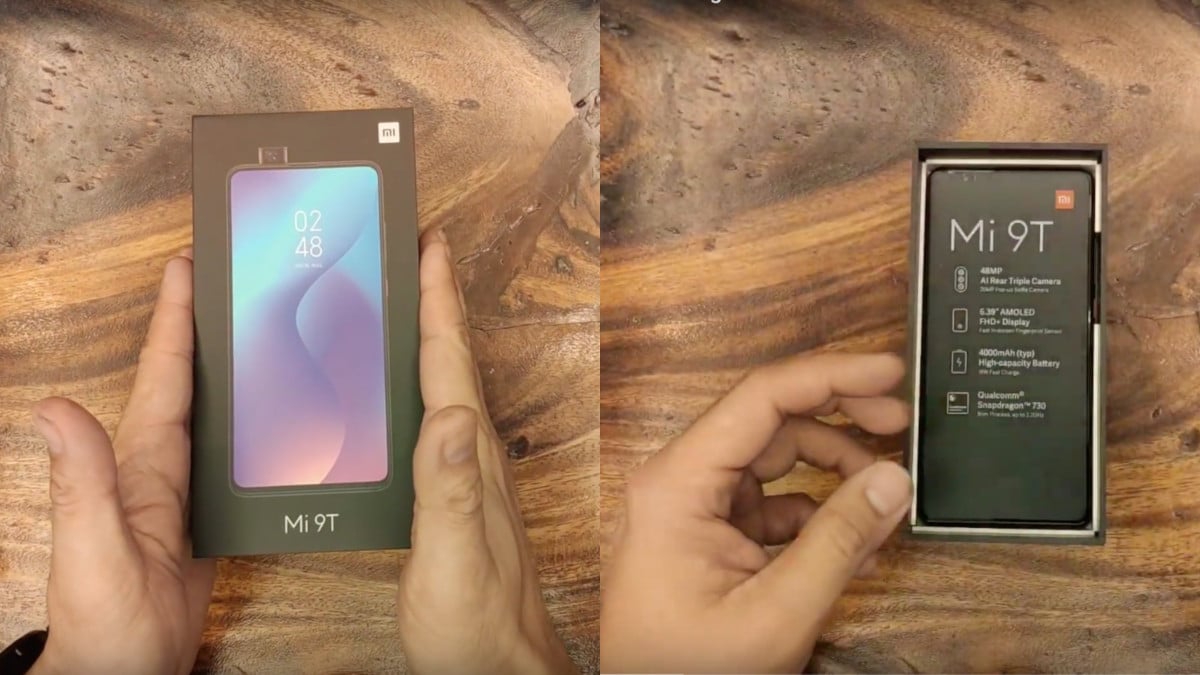 Ahead of the June 12 announcement of the Mi 9T, the smartphone has once again popped up online. This time, however, the phone has been found selling in the Philippines grey market and has been even gotten a full-fledged unboxing treatment by a YouTuber, who seems to have managed to buy a unit of the phone before the official availability. The latest round of online leaks seems to pretty much confirm that Mi 9T is indeed a rebranded Redmi K20.

According to a report by Filipino website Revu, several grey-market sellers are offering the unannounced Mi 9T smartphone in Philippines. The phone is being sold at anywhere between PHP 19,000 (roughly Rs. 25,500) and PHP 21,000 (Roughly Rs. 28, 100), depending on the onboard storage. It is important to note here that these are not official prices. These grey-market sellers have also published Mi 9T retail unit photos on Facebook to show that they indeed that the phone in stock. The retail box matches with the one that had earlier surfaced online.

Additionally, a YouTuber with channel name “Mitch002 Xiaomi Review” have published multiple videos featuring a Mi 9T retail unit, including an unboxing as well as a comparison video with Redmi K20 Pro, which shares a number of features and design with Redmi K20. These videos reveal that Mi 9T is indeed a rebranded Redmi K20 with a slightly tweaked design. The Mi 9T doesn't seem to be sporting the Redmi K20's “flamed texture” finish on the back though.

There is still no evidence of the existence of the Mi 9T Pro smartphone.

To recall, Redmi K20 was launched last month in China and it features a 6.39-inch full-HD+ AMOLED screen and is powered by octa-core Qualcomm Snapdragon 730 SoC. The phone also packs a triple rear camera setup, with 48-megapixel, 8-megapixel, and 13-megapixel sensors. The 8-megapixel and 13-megapixel sensors are joined by telephoto and ultra-wide-angle lenses, respectively. Among other specifications, the phone packs a 4,000mAh battery, an in-display fingerprint sensor, up to 8GB of RAM, up to 256GB of onboard storage, and a 20-megapixel pop-up selfie camera. Mi 9T is likely to feature the same specifications.